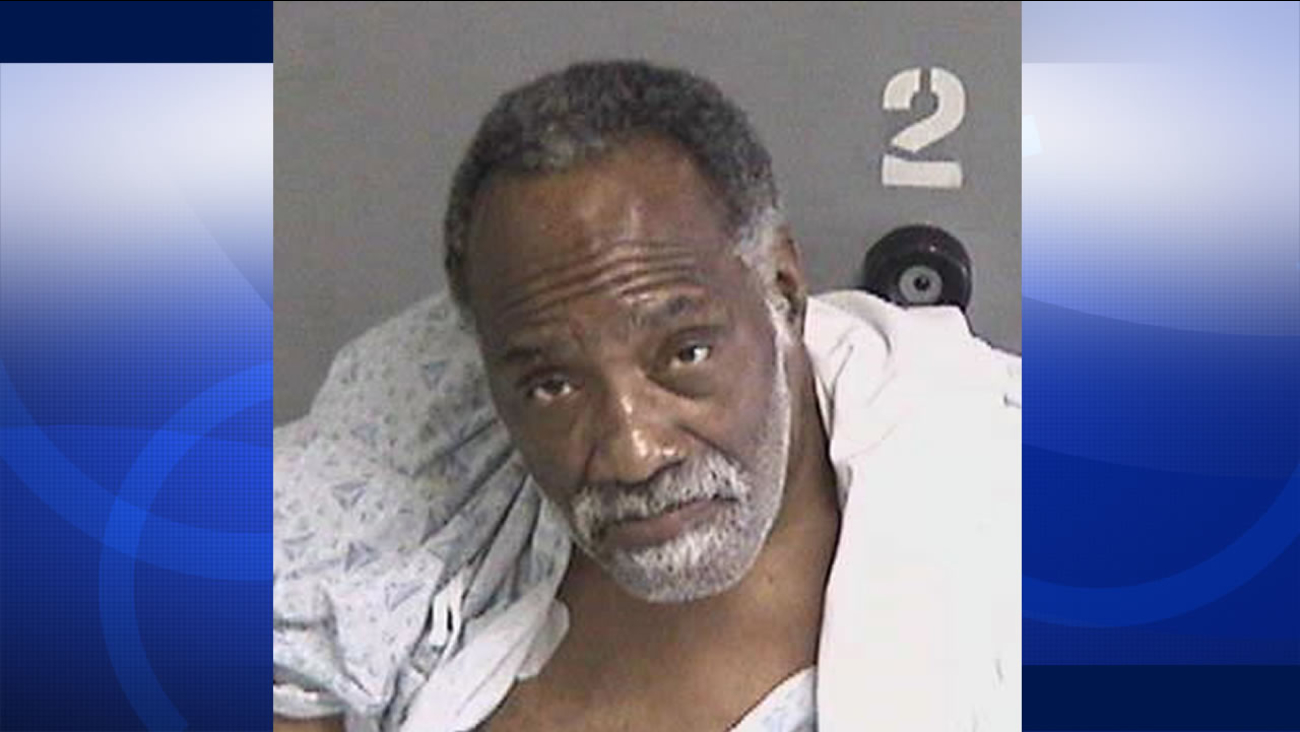 Alameda County Sheriff's provided this image of Melvin Stubbs, 65, who died in custody in Oakland, Calif. March 6, 2016 after he was wrongly jailed for the death of his wife. (KGO-TV)

OAKLAND, Calif. -- A man died in Alameda County sheriff's custody on Sunday, a day after he was arrested by Oakland police on suspicion of killing his wife who was later determined to have died of natural causes, police and sheriff's officials said today.

Melvin Stubbs, 65, appears to have died from natural causes at a hospital while in sheriff's custody, according to Sgt. Ray Kelly with the Alameda County Sheriff's Office, which runs the county's jails.

Oakland police brought Stubbs, a double amputee who used a wheelchair, to Santa Rita Jail with dangerously low blood sugar levels after his arrest and sheriff's staff initially turned him away.

Police then brought him to a hospital for treatment and returned with him later that day. He died about 90 minutes later, Kelly said.

Stubbs had been taken into custody on Saturday afternoon. Police responded to his home in the 10400 block of Foothill Boulevard in Oakland at 12:10 p.m. Saturday and found his wife dead. She was identified by the sheriff's office as 58-year-old Terry Cameron.

According to Oakland police spokeswoman Officer Johnna Watson, Cameron showed signs of trauma and the inside of the home was in disarray as though there had been a struggle. Stubbs had scratch marks on his hands and arms so he was arrested.

Stubbs suffered from medical problems and had already been unattended for about two days before police found him, so he was taken to a hospital for treatment, Watson said. After that, he was interviewed by police homicide investigators and taken to jail, where sheriff's staff found his blood sugar was too low.

Police again took him to the hospital and then took him back to Santa Rita Jail, where he was booked at 3:12 p.m. Sunday, according to Kelly.

Since the deputies at the jail knew he had a medical condition, Stubbs was booked into the medical wing at the jail so he would receive continuous treatment, Kelly said.

But at 4:40 p.m., medical staff found him unresponsive in his room. They began life-saving measures and were able to regain a pulse. He was taken to a hospital but was pronounced dead a short time later, Kelly said.

"We made sure he passed all the necessary medical steps to be booked in, and he did, and then shortly thereafter is when he went into distress," Kelly said.

"We definitely knew that Mr. Stubbs had medical needs and he was given the best medical care," Kelly said.