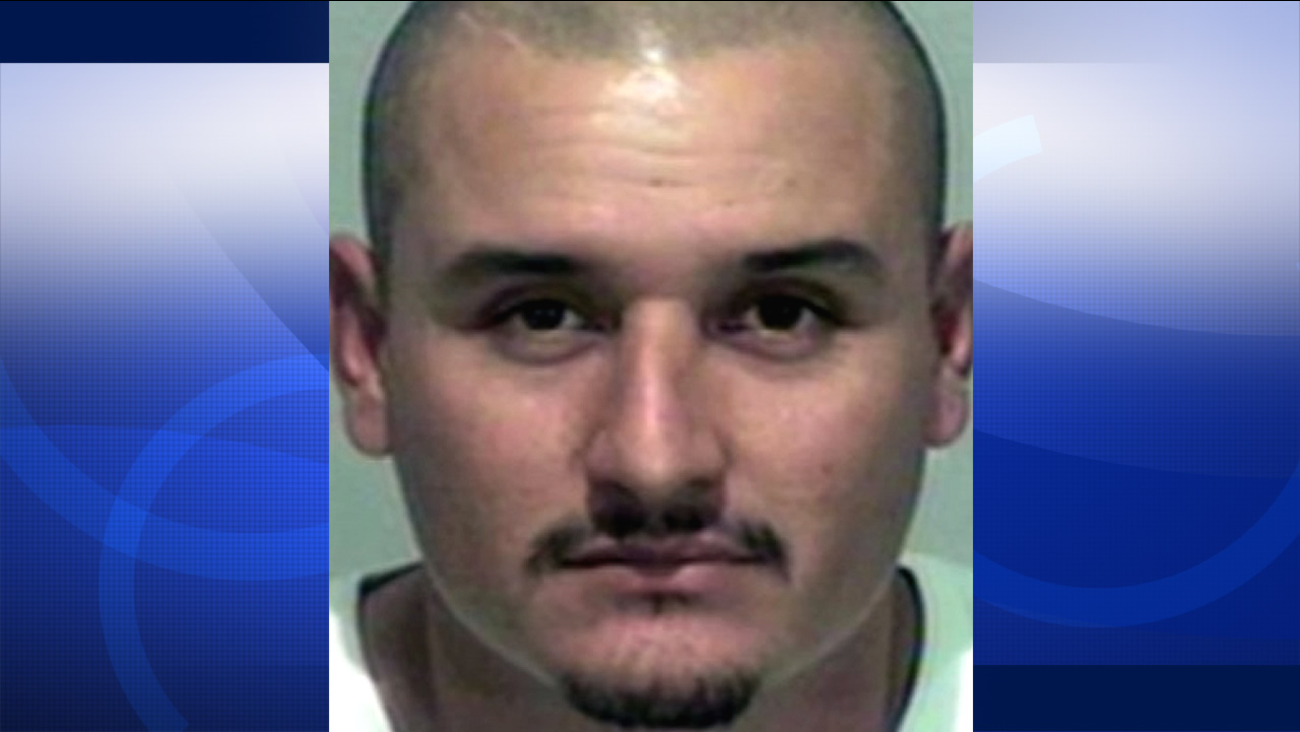 A man named Rizueno Ramirez Cruz is seen in this undated image. (KGO-TV)

NEWARK, Calif. -- Police are searching for a 35-year-old man accused of fatally shooting another man during a confrontation in the backyard of a Newark home Sunday evening.

At 5:12 p.m., officers responded to the 6300 block of Zulmida Avenue after a person called 911 to report that someone had been shot, according to police.

The caller said two males had gotten into a confrontation in the backyard of a home. During the exchange, one of the men shot the other and then fled the area, police said.

Upon arrival, officers found an unresponsive male victim in the yard. Medical personnel pronounced him dead at the scene, according to police.

The Alameda County coroner's bureau is working to identify the victim and notify his next of kin of the death.

After investigating the case, officers were able to identify the suspect as Rizueno Ramirez Cruz, who also goes by the name Jorge Diaz Aguilar.

He is described as a Hispanic man who is 5 feet 8 inches tall, weighs about 170 pounds and has black hair, brown eyes and a medium build, police said.

Anyone with information about Ramirez Cruz's whereabouts is asked to contact Newark police Detective Sergeant David Higbee at (510) 578-4962.