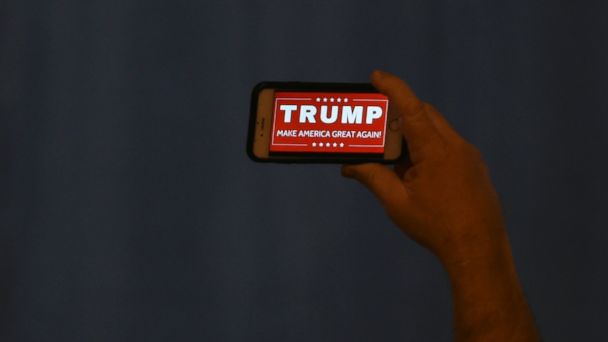 If GOP front-runner Donald Trump becomes president, he has big plans for Apple.

"Apple and all of these great companies will be making their products in the United States, not in China, Vietnam," Trump said during a Mini Super Tuesday victory speech at his Mar-a-Lago club Tuesday night, reiterating what has been one of the biggest talking points of Trump's campaign.

The company contracts with manufacturers to assemble its products and lists 18 final assembly facilities around the world. While the majority of Apple's final assembly points are in China, the company also works with two facilities -- in Austin, Texas, and Fremont, California -- to produce Mac computers. according to Apple's website.

The billionaire businessman has claimed he will be the "greatest jobs president that God ever created," but the likelihood of a President Trump successfully compelling Apple to assemble its products -- such as the tremendously popular iPhone -- in the United States would be difficult, according to experts.

"These are questions of economics and talent. Where can you get the workers you need and what does it cost to make something? I think it would bankrupt the economy," Bradley Tusk, CEO of Tusk Ventures, a political strategy firm that works with Silicon Valley companies, told ABC News. "You can have tax policies but at the end of the day, people have a right to make products where they want to make them."

Ivan Feinseth, chief investment officer at Tigress Financial Partners, which has a "strong buy" position on Apple, said it all boils down to the "law of economics."

Feinseth's advice for a President Trump wanting to compel Apple -- and other companies -- to move their production to the United States is to not place tariffs on goods they're already producing abroad.

"You should economic incentivize the behavior you want, not punish. For the most part, it works," he said.

Trump has had some tough words for Apple as the iPhone maker battles the FBI over the San Bernardino shooter's locked iPhone. In February, Trump even tweeted he would boycott Apple products until the company cooperated, but it seems even the GOP front-runner can't quit using his iPhone.