ONLY ON ABC7News.com: Proceedings to start for firing of SFPD cops involved texting scandal 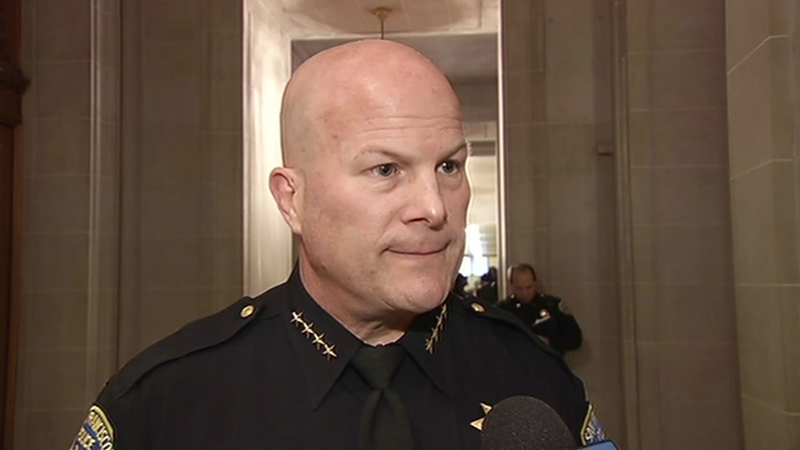 ONLY ON ABC7News.com: Proceedings to start in firing of 3 SF cops involved texting scandal

The internal investigation into the racist and homophobic text messages sent by police officers has been completed. Originally, there were four officers under investigation and that number has expanded to 14, including a captain.

Sources told ABC7News, and Police Chief Greg Suhr, confirmed that at least three officers will be suspended with a recommendation to the police commission that they be fired.

"The officers who go for recommendations for termination will be immediately suspended and will be Friday at the end of the close of business," Suhr said.

The offensive texts were released by federal prosecutors during a bail hearing last month for former San Francisco officer Ian Furminger. He was convicted of public corruption in a federal court last December.

The texts were exchanged between Furminger and four other officers, Michael Celis, Michael Robison, Rain Daughterty and Noel Schwab.

Robison has since resigned. The other three were re-assigned to units with no public contact.

"I applaud him for seeing the light," said Rev. Amos Brown, president of the San Francisco chapter of the NAACP

However, Brown says there needs to be more reform.

"Not only have we had implicit bias in this department, but we've had overt blatant behavior of racist practices that have been perpetuated against African Americans in this city," Brown said.