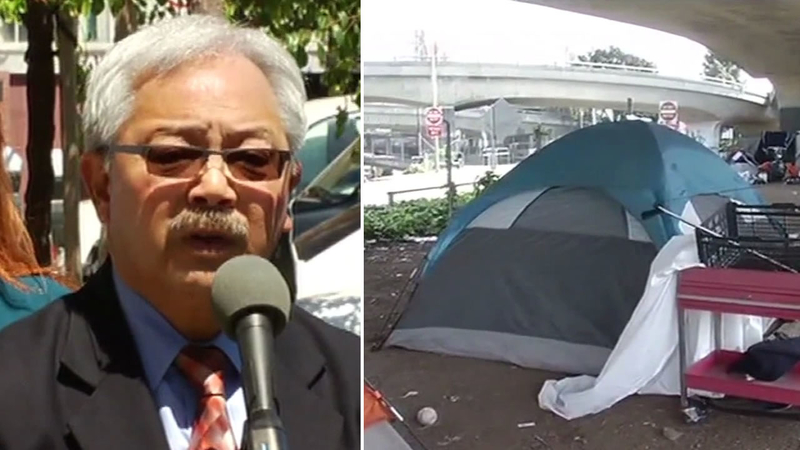 SAN FRANCISCO (KGO) -- Like many people, San Francisco Mayor Ed Lee has been watching reports on the city's homeless problem all week. It's the first public media blitz of its kind in San Francisco and it could change public opinion and city policy.

"I'm in a search as the public is, as the media, is around what are the solutions that are working, and can we do more, can we do better, can we do it smarter," Lee said.

San Francisco has more homeless than anywhere else in the Bay Area. The number of people on the streets is nearly twice that of San Jose and three times the number in Oakland.


"Homelessness is as complex as all the articles really reveal it to be," Lee said.

According to the mayor, the challenges include health issues, mental illness, and housing affordability and he believes the media project is helping to engage city residents.

"I'm really glad we're educating the public because then I'll have the public be a lot more of a strong partner of solutions rather than a finger pointing blame that doesn't help," Lee said.

The media project has also featured what the mayor believes is a success story. The Navigation Center that helped more than 500 people off the streets, out of tent encampments and 83 percent into permanent housing.

"That's to be totally congratulated and keep doing those things," Lee said.

And he wants everyone to keep talking.

"We need to continue having that conversation as many ways as possible in the city because it's complex, it's difficult," Lee said.

Lee said the city is holding the line, which he said is progress in and of itself.