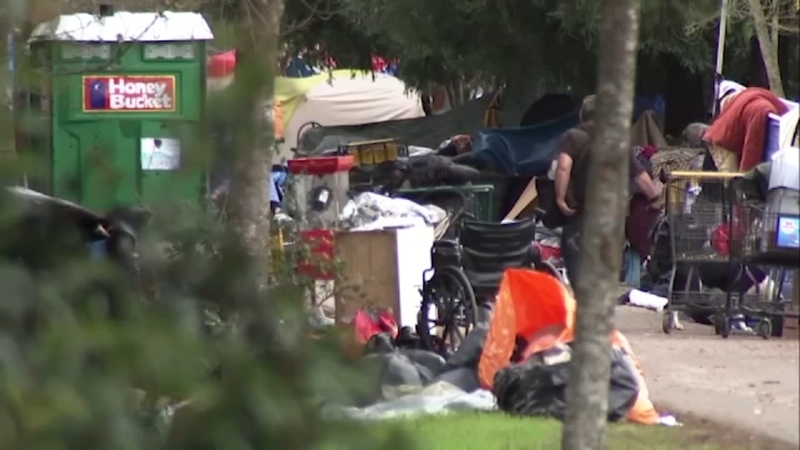 But walk the streets of the city today, and it's clear the epidemic has reached crisis proportions.

"It is particularly acute in California and in San Francisco particularly because we have relatively so few exits from the street immediately," said Supervisor Rafael Mandelman.

To address the problem, Mandelman proposed the so-called "Place for All" ordinance.

It calls for the city to offer every homeless person in San Francisco a form of shelter.

On Tuesday night, Supervisors voted for a city department to create an implementation plan for the ordinance by the end of the year.

"We cannot address encampments in the neighborhoods that are impacted by encampments if we do not have adequate shelter to offer people," Mandelman said.

But housing every unsheltered person in San Francisco will not be easy, says Tenderloin Housing Clinic director, Randy Shaw.

"We can make inroads. We can make improvements. We can target certain populations to reduce homelessness, but big picture, the money has never been there," Shaw said.

Shaw says one problem is that the city has failed for years to build the enough shelter for those unhoused.

"You can't house, we have six to 9,000 homeless people. They can't all go in the Tenderloin and SoMa," Shaw said.

But even with adequate housing, Shaw believes mental health and substance abuse among the homeless population also need to be addressed.

He says the reality is that a good number of those on the streets simply don't want to be housed.

"My organization started housing people in 1988, and the population of who we house now is absolutely dramatically different than even 10 years ago," said Shaw.

So while elected officials grapple once again with how to address one of San Francisco's most pervasive issues, the city waits for solutions.

Hoping to end the problem once and for all.