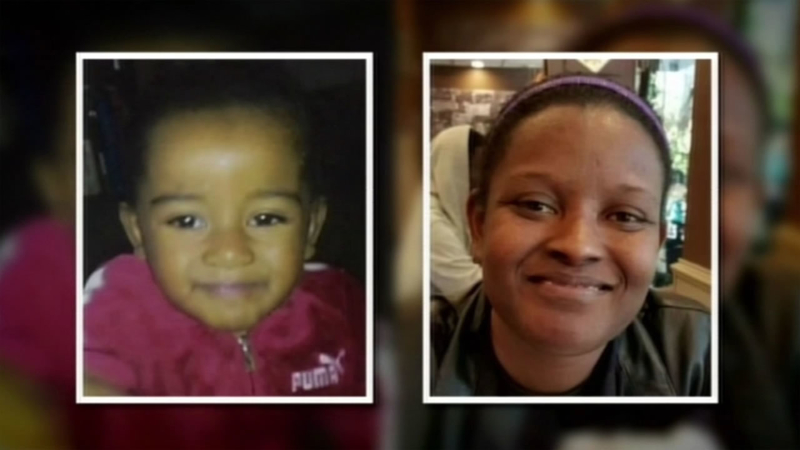 Evidence police showed to members of the media today included a piece of plywood with a painted symbol found covering Fitts' body at McLaren Park on the morning of April 8, as well as photos of the location where she was buried and the shirt she was wearing the night she disappeared.

Fitts, 32, was found at the park by Recreation and Park Department workers buried in a small, shallow grave, curled in the fetal position and covered with the board, which does not appear to have come from a location within the park, according to Commander Greg McEachern.

"The plywood has markings on it we hope someone will recognize," McEachern said. "It is our belief that the person brought the board with them."

McEachern said Fitts was last seen on April 1, when she was "summoned to meet a person known to her."

Police did not release information today on who that person might have been.

Fitts, an employee at the Best Buy store on Harrison Street, is thought to have traveled via a Municipal Railway vehicle on the Third Street corridor around 9:45 p.m., and was wearing her blue Best Buy shirt under a jacket, police said.

She was reported missing by her family on April 5, and her family alerted police at that time that her daughter, Arianna, was also missing. Fitts' body was found days later.

Arianna was last seen in mid-February, and it is thought that she was staying with friends or babysitters, police said today.

McEachern said police have executed search warrants and seized more than 30,000 pieces of evidence at locations in Oakland, Emeryville and Daly City in connection with the locations where Arianna was thought to have been staying. The FBI has also been brought in to assist in the investigation.

While police have interviewed a number of people in connection with the case, they have not yet named any suspects or persons of interest.

McEachern read a statement from Fitts' sister Contessa today that described her as "big-hearted and generous," "positive and giving."

"I will never be able to understand how anyone could be capable of hurting Nicki," Contessa Fitts said.

She asked the public to come forward with any information that might help solve her sister's murder or bring Arianna home.

"That is what Nickie would want, for Arianna to be home with her family," she said.

Co-workers and friends of Nicole Fitts from Best Buy, where she had worked for around a year, attended today's event and handed out flyers with Arianna's photo. They said they had not heard Nicole discuss any threats from individuals.

"They were everything she worked for," Ripley said.

McEachern said police are working on the assumption that Arianna is still alive and urged members of the public to come forward with any information that could help them locate her.