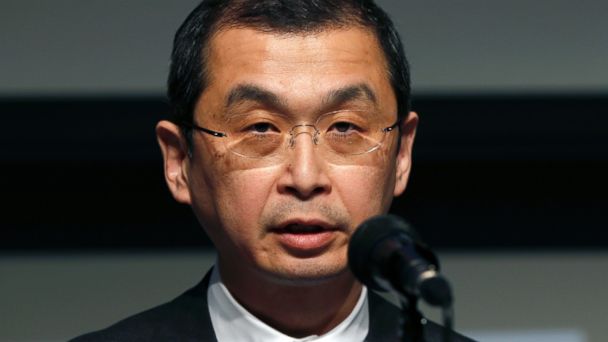 For the first time since problems began to emerge with the company's airbags, the CEO of Takata Corp. apologized publicly today and then deeply bowed for the deaths and injuries linked to the defective airbags, which brought about the largest auto recall in U.S. history.

"We apologize deeply for the great amount of concern and inconvenience we caused to everyone," Shigehisa Takada said today during a news conference in Tokyo, Japan. "What is necessary for me to do now, as mentioned earlier, is to handle the problem properly, and deliver our customers' safety. That is my priority, first and foremost."

Takata's airbags have been at the center of controversy with the U.S. Department of Transportation and the National Highway Traffic Safety Administration since the company's airbags were linked to at least five deaths, and more than 100 injuries in the U.S., according to DOT. The number of fatalities is now at eight worldwide. NHTSA said it was also gathering information regarding the April death of a Louisiana woman whose 2005 Honda Accord crashed into a utility pole.

Her family's lawsuit against Honda and Takata states that a recall of the vehicle and airbag was received by mail April 7, two days after her accident and two days before her death.

Earlier this month, the family-owned Japanese company admitted that it had been making potentially defective airbags.

"We deeply regret each instance in which someone has been injured or killed," Kevin Kennedy, the executive vice president of North America Takata, told a House Commerce and Energy subcommittee. "We are committed to doing everything in our power to address the safety concerns raised by airbag ruptures."

Nearly 34 million airbag inflators have been recalled. In the last week, the vehicle identification numbers of millions of additional vehicles were added to the government recall website.