Tilikum, a SeaWorld Killer Whale Featured in 'Blackfish,' Has Died 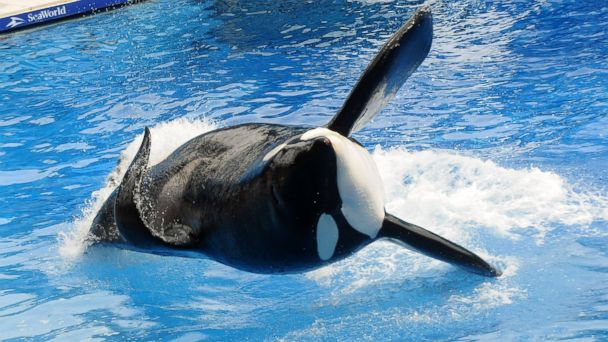 ABCNews
By AVIANNE TAN
Tilikum, one of SeaWorld's best-known orcas, featured in the documentary "Blackfish," has died, the theme park announced today.

The killer whale died early this morning "surrounded by the trainers, care staff and veterinarians that provided him around-the-clock world-class care," SeaWorld said in a statement on its website.

SeaWorld veterinarians had been treating the whale for "a persistent and complicated bacterial lung infection," but the cause of death will not be officially determined until a necropsy is performed, the theme park wrote.

Tilikum was estimated to be about 36 years old when he died. He was "near the high end of the average life expectancy for male killer whales, according to an independent scientific review," SeaWorld said.

The orca arrived at the park 25 years ago and has been connected to the deaths of three people there.

The most prominent of those was in 2010, when Tilikum - 12,000 pounds and 22 feet long - pulled SeaWorld trainer Dawn Brancheau into the water and killed her.

The 2013 documentary "Blackfish" examined the tragedy and raised the question of whether orcas should be held in captivity.

Seaworld acknowledged in its statement today that "Tilikum's life will always be inextricably connected with the loss of our dear friend and colleague Dawn Brancheau."

"While we all experienced profound sadness about that loss, we continued to offer Tilikum the best care possible, each and every day, from the country's leading experts in marine mammals," the park said.

SeaWorld President and CEO Joel Manby said, "Tilikum had and will continue to have a special place in the hearts of the SeaWorld family, as well as the millions of people all over the world that he inspired."

"My heart goes out to our team who cared for him like family," he said.