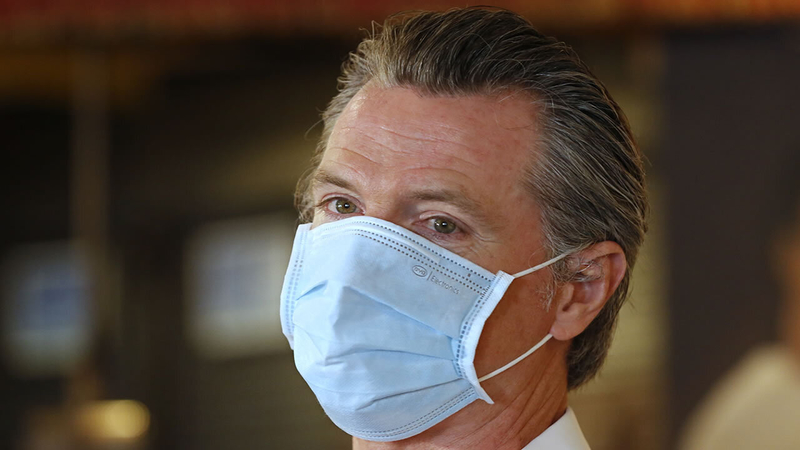 In 11 of those counties, the state is using what it calls an "emergency brake" dropping the counties two tiers, for example from Orange to the most restrictive, Purple.

The governor said California's COVID-19 cases have doubled in the last ten days, the largest the state has seen since the pandemic broke out in March.

Not only were these counties reverted on Monday, but Newsom also said the state had updated the terms for how counties will continue to be assigned tiers moving forward.

Now, counties can move after only one week of showing data that would push them into a more restrictive tier. Previously the state had waited to see two weeks of data to avoid quick movements between tiers, which can be hard on businesses.

Businesses will now need to make changes to their safety guidelines within 24 hours of being assigned a new tier instead of the previous 72-hour time period.

State health officials will also make changes to county tier statuses multiple times a week instead of just once a week.

Gov. Newsom said he and health officials are also considering "the notion of a curfew" and were reviewing studies from across the country to determine if they're effective to mitigate spread.

A handful of cities across the country have issued curfews in response to the recent surge in virus cases, but Newsom said California was not issuing one at this point.

COVID-19 cases have spiked among all ages and demographics within the state, and California's 14-day positivity rate had increased to 4.6%.

"We've been prepared for this moment, we've been foreshadowing this moment for many, many months," he said.

Newsom said the state's had been preparing for the surge over the last few months. California's PPE inventory was higher than it ever has been, the governor said, and testing capacity had increased as well.

In addition, the governor said the state has its 11 surge facilities ready to set up if there's stress on California's hospital capacity.

The governor also faced questions about the November 6 dinner he attended at "The French Laundry," a well-known restaurant in the Napa Valley, and one of the most expensive in the nation. The dinner was a party for one of Newsom's political advisers and included more than 12 people from more than three different households.

It is exactly the type of gathering Newsom has been imploring Californians to avoid.

Newsom said he regretted attending, "I should have stood up and walked back on my car and drove back to my house instead I chose to sit there with my wife and a number of other couples that were outside the household."

The governor said that he and California health secretary Dr. Mark Ghaly will move back to providing new information about the state's COVID-19 response for Californians "in real-time" as opposed to a weekly update.