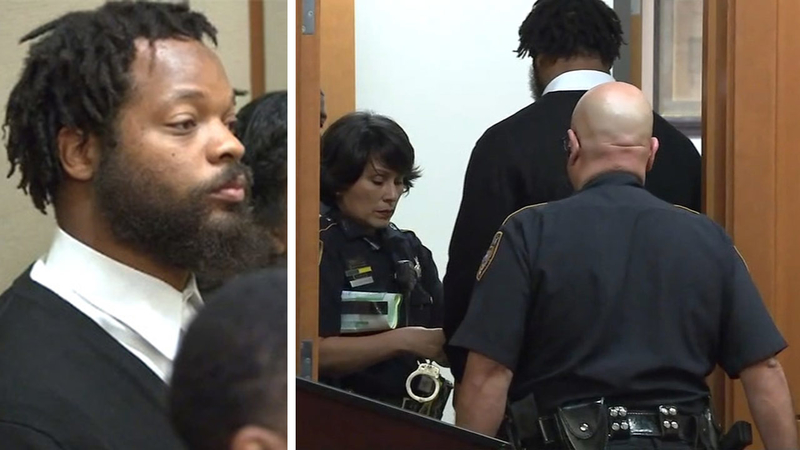 HOUSTON -- Philadelphia Eagles defensive end Michael Bennett was taken into custody for the felony charge of injury that stemmed from an altercation in Feb. 2017 at Super Bowl LI, according to Bennett's lawyer.

This is Judge Robert Johnson, presiding over his 177th District Court docket today, which happens to include the Michael Bennett case. #abc13 #nfl #eagles pic.twitter.com/gBuTOkZ7Aw

Bennett allegedly injured a 66-year-old paraplegic who was working at NRG Stadium.

Bennett surrendered at 1 p.m. at the Harris County District court.

The full video of Seattle Seahawks player Michael Bennett's with Las Vegas police has been released. Bennett accused the department of racially motivated excessive force after he says he was threatened at gunpoint following a report that shots were heard at a casino hotel.

Harden told Eyewitness News that Bennett was out of the country when the Harris County District Attorney announced Bennett's indictment for the felony charge of injury to the elderly on Friday.

On Feb. 5, 2017, Bennett was a spectator and in town to watch his brother, a player for the New England Patriots.

Immediately following the game, Bennett allegedly shoved his way on to the field where players were gathering to celebrate.

NRG security personnel, including the 66-year-old disabled victim, told Bennett he had to use a different entrance for field access.

Instead, he pushed through them, including the elderly woman who was part of the security team, police said.