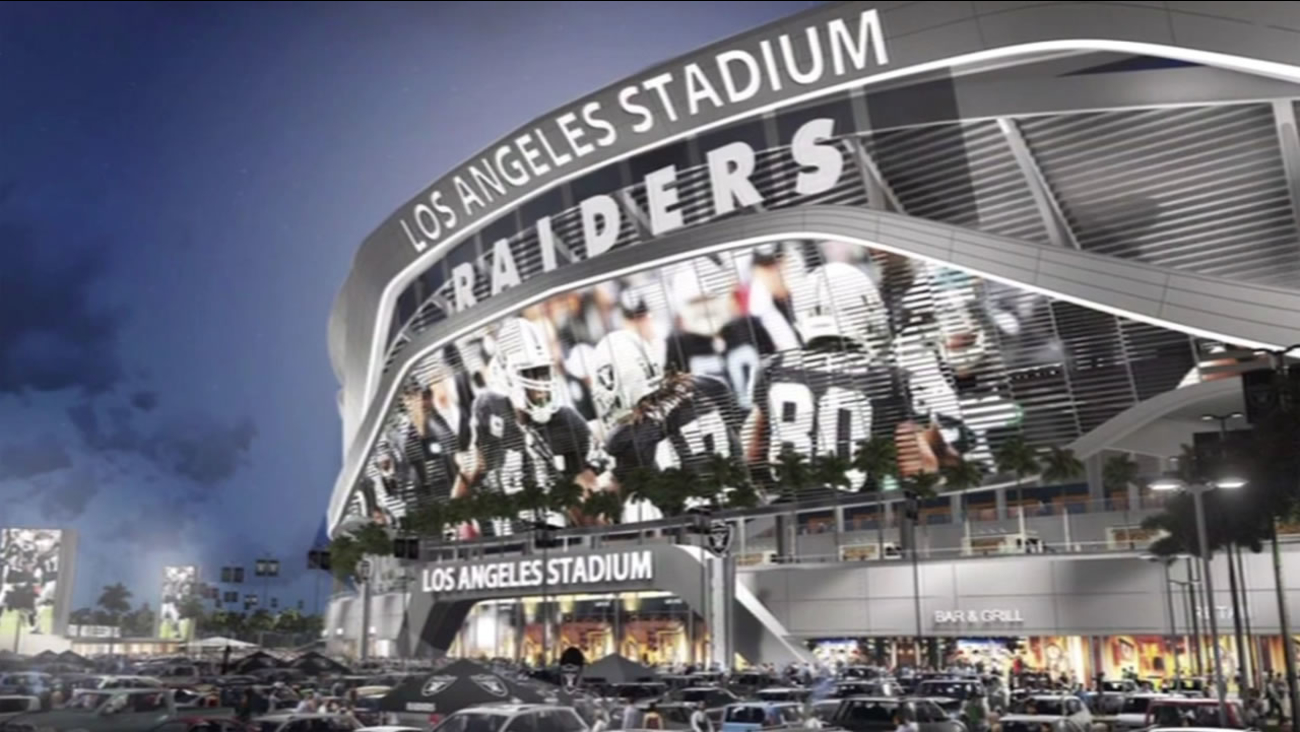 An illustration of the proposed Los Angeles Stadium where the Oakland Raiders would share the stadium with the San Diego Chargers in Carson, Calif. (KGO-TV)

OAKLAND, Calif. (KGO) -- NFL team owners are meeting in Chicago for a special one-day meeting Tuesday at a hotel near Chicago's O'Hare Airport.

On the agenda is the Oakland Raiders new stadium.

The Raiders and the San Diego Chargers have announced plans to build a joint stadium in Southern California.

The silver and black are also continuing negotiations with Alameda County and the City of Oakland about a new stadium.

League officials stress they will not vote on any stadium plan. They only plan to hear about projected costs and financing plans.