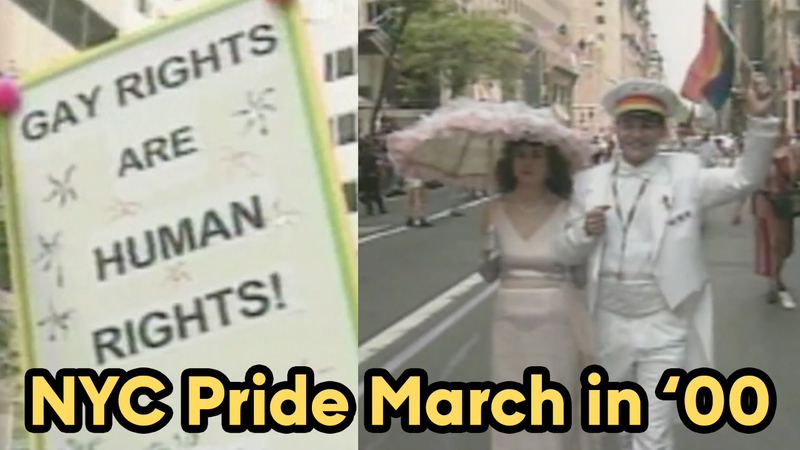 This means that starting this June, NYPD officers and city corrections officers are among members of law enforcement who will not be allowed to participate in the Pride March.

"This announcement follows many months of conversation and discussion with key stakeholders in the community," André Thomas, NYC Pride co-chair, said in a statement.

Organizers said they will be working with a private security firm and will be asking the NYPD to stay a block away from all events, including the March, which hundreds of thousands to Manhattan each summer.

NYC Pride organizers said the NYPD will provide first response and security only when absolutely necessary as mandated by city officials.

"In these instances, NYC Pride will review foreseeable NYPD involvement and, in partnership with surrounding venue precincts, take steps to keep police officers at least one city block away from event perimeter areas where possible," the statement read.

On Friday, the NYPD Gay Officers Action League released a statement saying they were "disheartened" by the decision "to placate some of the activists in our community" shameful.

NYC Pride organizers said that they are looking "to create safer spaces for the LGBTQIA+ and BIPOC communities at a time when violence against marginalized groups, specifically BIPOC and trans communities, has continued to escalate."

"The sense of safety that law enforcement is meant to provide can instead be threatening, and at times dangerous, to those in our community who are most often targeted with excessive force and/or without reason," NYC Pride organizers said.

"Our annual work to ensure a safe, enjoyable Pride season has been increasingly embraced by its participants. The idea of officers being excluded is disheartening and runs counter to our shared values of inclusion and tolerance. That said, we'll still be there to ensure traffic safety and good order during this huge, complex event," an NYPD spokesperson said in a statement.