Search for two people after deadly crash in Oakland 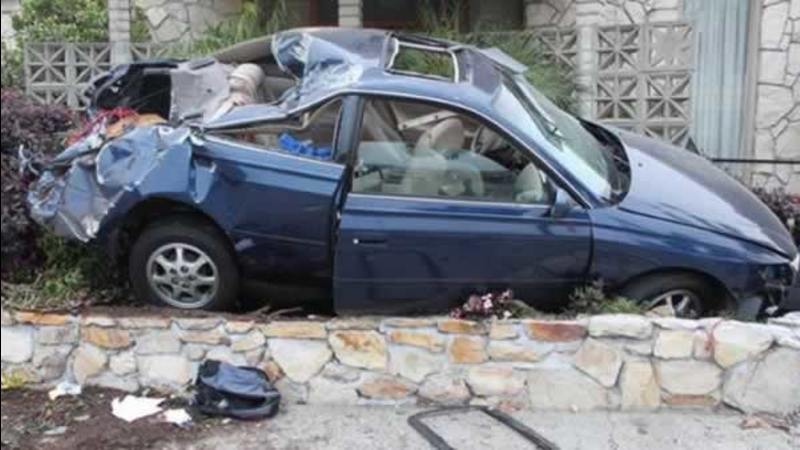 Search for two people after deadly crash in Oakland

OAKLAND, Calif. (KGO) -- An Oakland teenager has been identified as the victim of a deadly car crash into a funeral home Monday night. The medical examiner says the victim is 17-year-old DeShawn Rabon from Oakland.

Officers want to talk with several others believed to be involved in the accident. The driver and another passengers ran away, leaving Rabon alone in the car.

"We are asking them to do the right thing, to turn themselves in, to come forward. We want to talk to you. We want to listen to what you have to say. Also, we have a family that has lost their son and we would like to bring closure to his family," Oakland Police Dept. Ofc. Johnna Watson said.

A man who heard the crash described it as very loud and shocking.

"I thought it would have been another car from the way it sounded. It sounded like it was two cars but I didn't see another car at all," witness Elvin Butler said.

There were no other cars involved, just the one. Police estimate it was going at least double the speed limit, maybe even faster.

It appears the driver lost control on Telegraph Avenue while changing lanes.

The car took out a palm tree, some parking meters and hit a rock wall at the funeral home.

Police are asking witnesses to come forward and help them find the driver.

"Crime Stoppers of Oakland are offering up to $10,000 reward money for any information leading to an arrest in this case," Watson said.

"I was just amazed. I couldn't believe that the car was, like I said, mangled around the front right there. It was just a little bit of shock," Butler said.

Businesses along Telegraph Avenue will be opening soon and police will be knocking on the doors, asking if any of them have surveillance video.

The people that were in the car could face serious charges, including leaving the scene of an accident, which is a felony, and vehicular manslaughter.