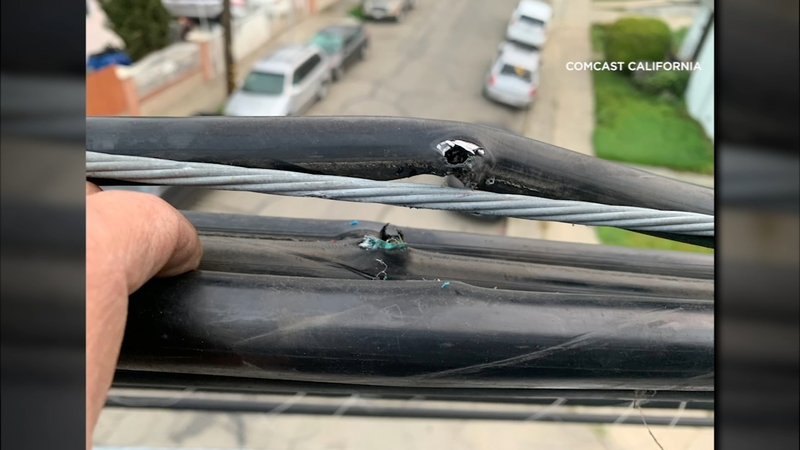 OAKLAND, Calif. -- Comcast crews worked feverishly all day Sunday trying to restore service to thousands of Oakland residents, many of them desperate to catch the NFC Championship game between the 49ers and the Rams.

A Comcast spokeswoman said that as of 4 p.m. anywhere from 10,000 to 20,000 customers were still without service. The Super Bowl deciding game started at 3:30 p.m. PST. Customers lost service between 5 a.m. and 8 a.m. after gunfire near Eastmont Mall in East Oakland damaged Comcast equipment.

The company initially thought it would have service restored by 2 p.m. but then found additional damage, said Joan Hammel, Senior Director of Public Relations for Comcast California.

"Certainly this circumstance on Game Day could not be any more distressing to us and our customers," Hammel said, offering her apologies. "We are working as quickly as possible to get it restored."

There are also reports of unrelated PG&E outages in San Bruno and Millbrae, affecting up up to 4,999 customers in the area.