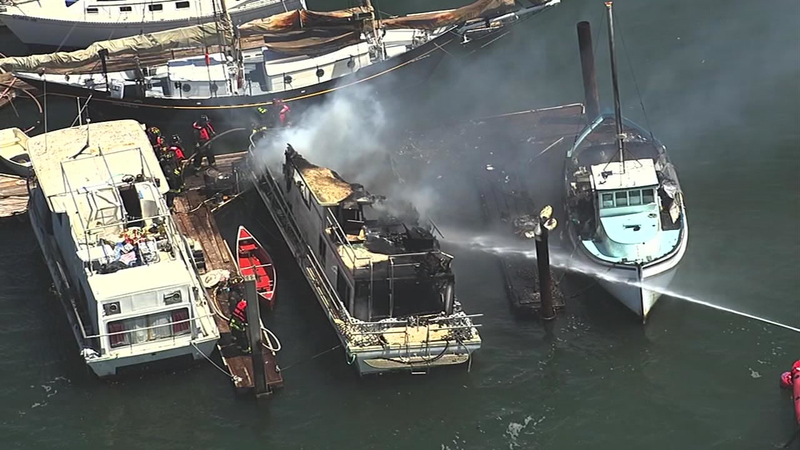 OAKLAND, Calif. (KGO) -- Fire crews put out a fire at a houseboat that burned at a dock in the Oakland Estuary on Monday afternoon.

This is what's left of the houseboat that went up in flames at Oakland's 5th Avenue Marina. No injuries. pic.twitter.com/SQkfD3pjHz

"It was a very long way out here. There are no fire hydrants that are in close proximity. But once we were able to make access, we had to stretch the line down the pier to the boat," said Geoff Hunter, the Oakland Fire battalion chief.

Fire crews remained at the scene through the afternoon to put out hot spots and pump water out of listing vessels.

Small harbor patrol boats from several different agencies converged on the Marina, even one from San Jose, which was at Jack London Square for a marine firefighting training class with other departments.

Investigators still don't know what started the fire. The woman who lives on the boat was not home when it started.

There were no injuries reported.

The owner of The Roxy, the schooner next to burning boat at Oakland Marina grateful his boat survived. pic.twitter.com/Ozt77z5rsF