A ferocious early morning fire devoured an Oakland apartment complex that was under construction and forced hundreds to evacuate while crews battled the four-alarm blaze.

OAKLAND, Calif. (KGO) -- A four-alarm fire that destroyed a building under construction at 23th and Valdez streets in Uptown Oakland is out and crews are now working to determine the extent of damage from the early morning blaze.

You could feel the heat from the huge fire that started burning at 4:15 a.m. a couple of blocks away and you could see it for miles. The view from Sky7 shows the enormity of it while cellphone video from witnesses shows the up-close intensity.

A mixed-use development was being built on the site that burned. It was called the Alta Waverly. It would have created 196 market-rate apartments and up to 31,000 square feet of retail. The seven-story project began construction last year.

VIDEO: A look at the massive fire in Uptown Oakland

The building on fire was under construction and empty, but it is adjacent to some individual homes and a few apartment buildings that were evacuated.

Heartbreaking stories are emerging from the fire, Adam and Nancy Khamphou said they were leaving for work when they noticed a fire truck circling around their building.

"We lost everything," said Nancy.

VIDEO: Couple says they lost everything in Oakland fire

Firefighters say they had to take a defensive stance against this one because of its size and the threat from the scaffolding and a wildly swinging crane.

"When the crane takes on that much heat, it starts to spin," said Battalion Chief Zoraida Diaz. "So that was one of our major concerns fighting this fire."

The crane didn't collapse, but part of the building did. No firefighters were hurt, they were at a safe distance when it happened.

Firefighters and police say they knew it was dire to get the area evacuated as soon as possible. Residents felt their urgency.

"The police came banging on the door and I guess I didn't get out fast enough, so they broke the door," said resident Ethel Richardson. "They were saying, 'You gotta get out, you gotta get out,' so I wasn't able to get any clothes or anything or my cellphone."

Police weren't the only ones working on evacuations; neighbors also helped each other by knocking on doors to wake people up. Those who were sleeping felt very grateful once they reached safety.

Residents aren't sure exactly what they've lost yet, since they've had to keep their distance.

"Our boss called us at 5:30 waking us up, saying our job site was on fire and this wasn't a joke and low and behold, it was no joke," said construction worker Kristin Madden. 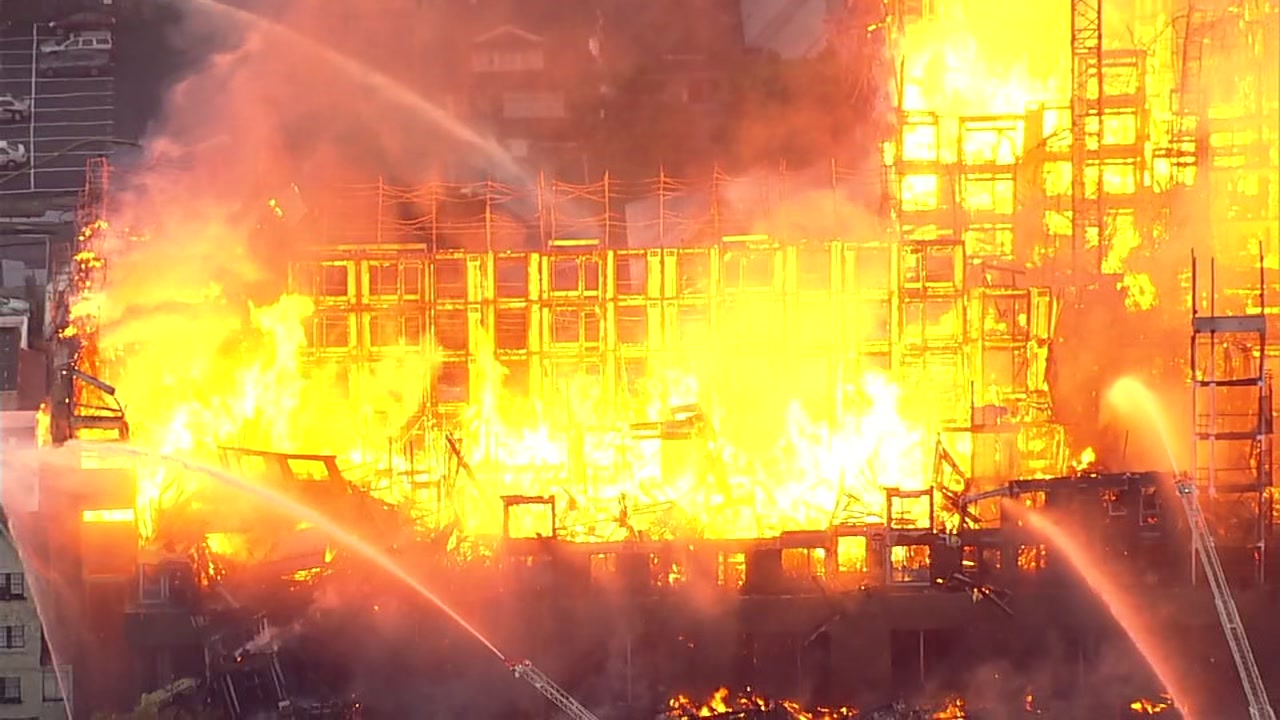 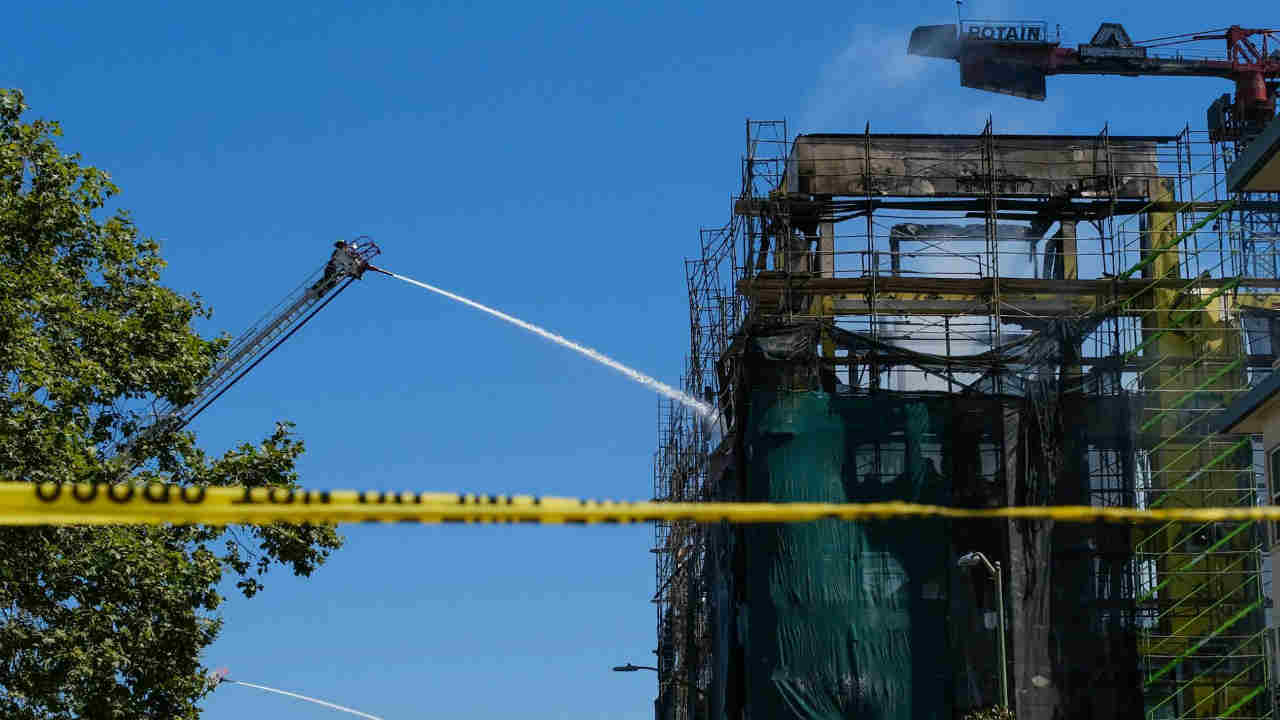 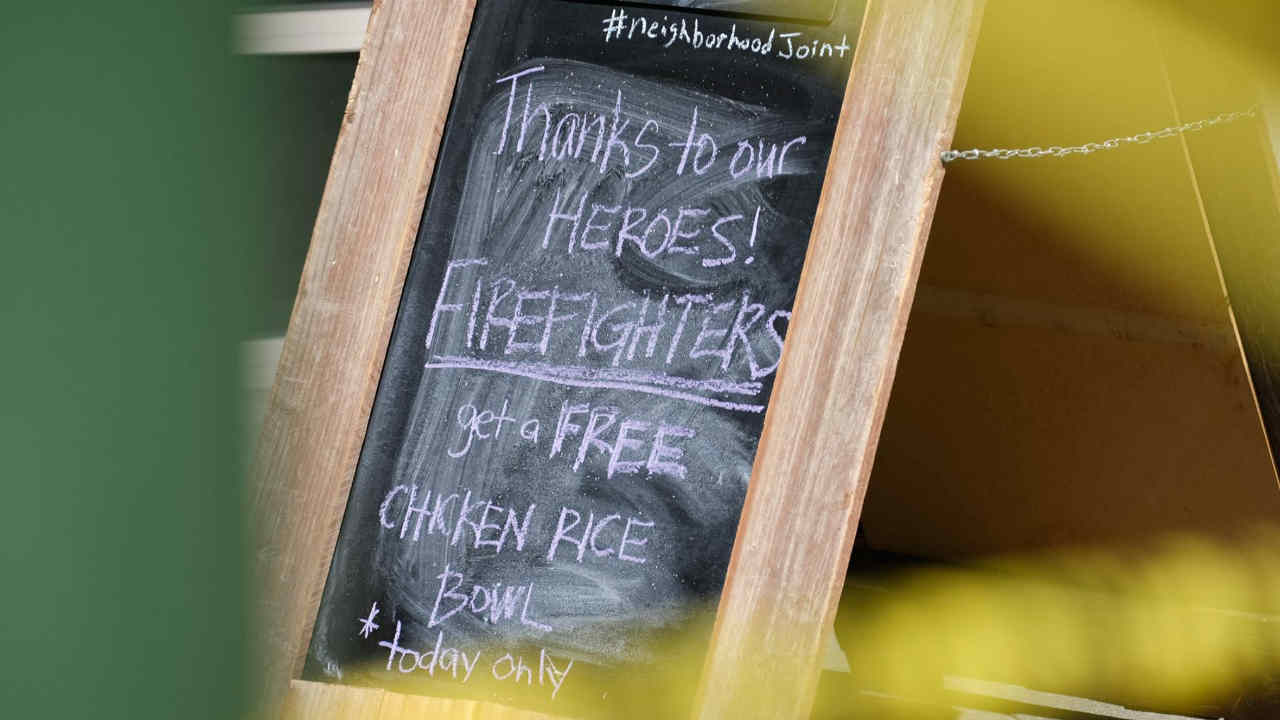 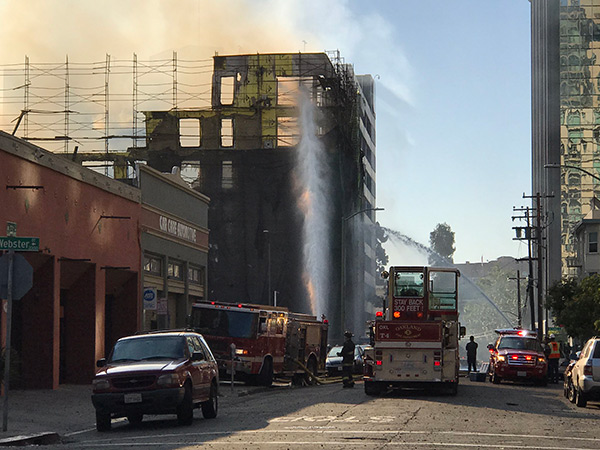 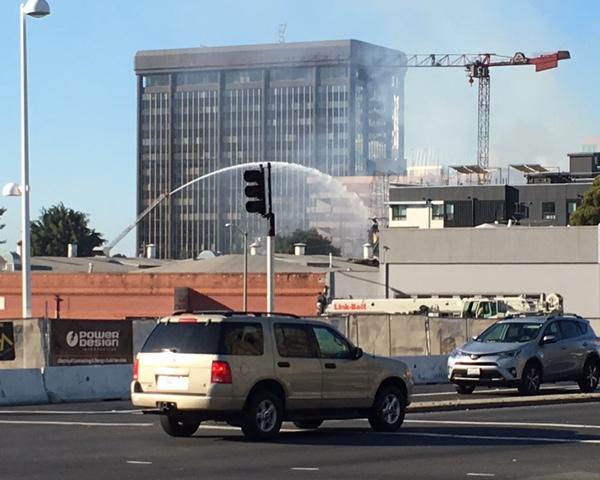 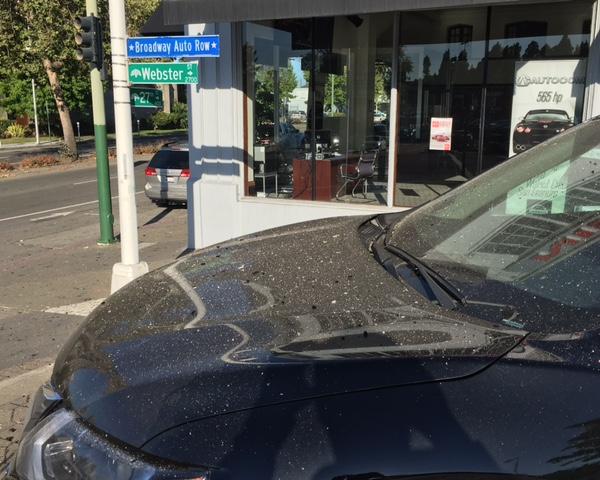 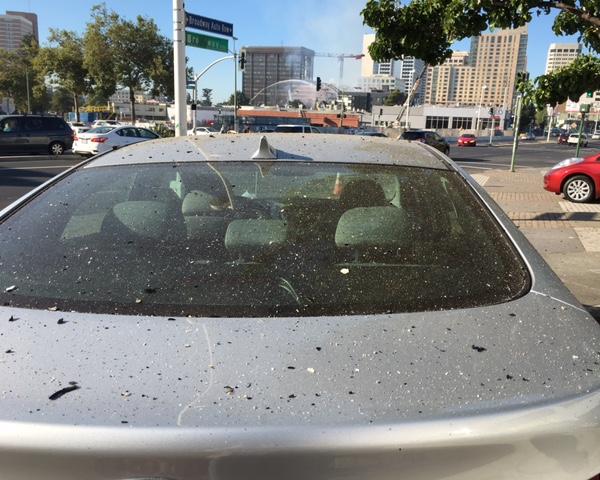 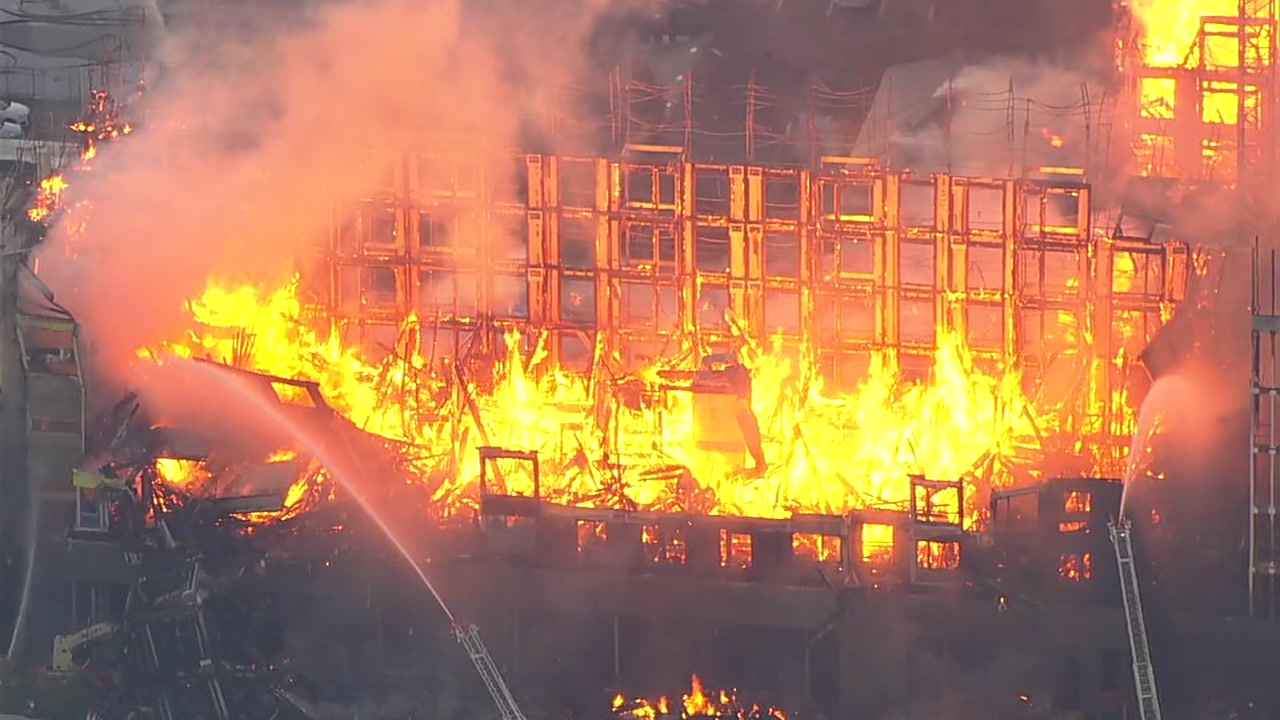 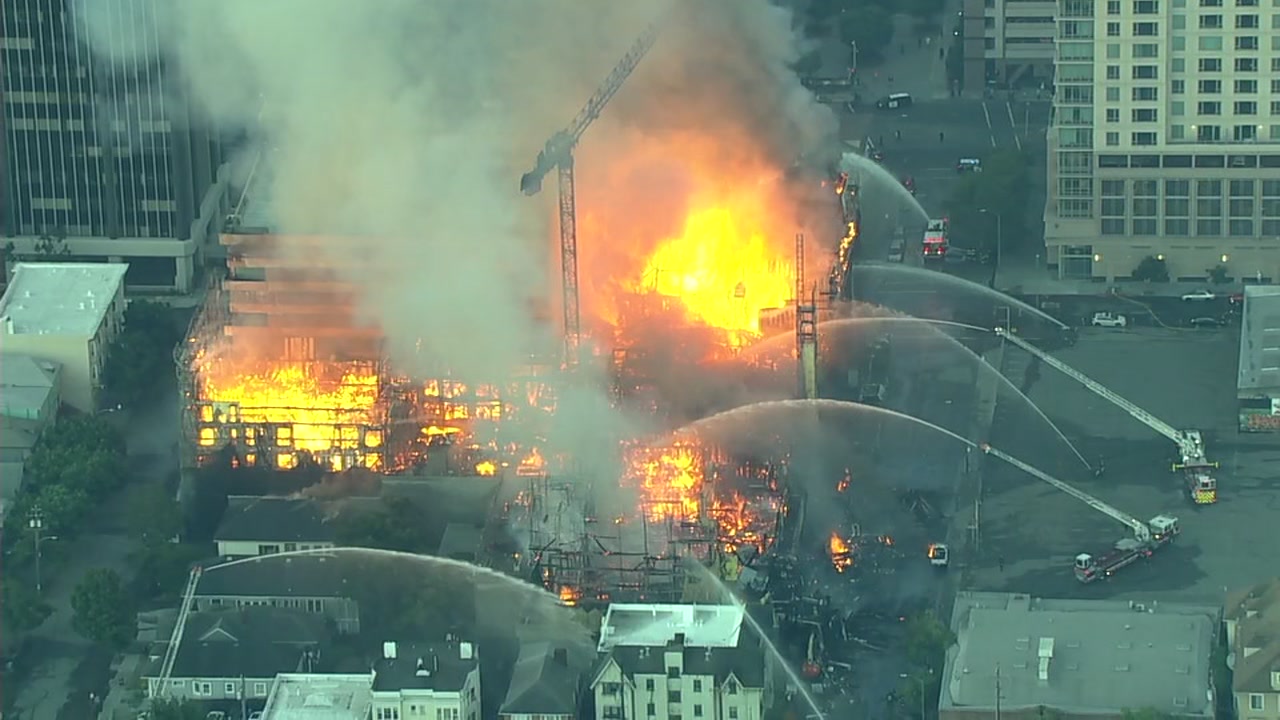 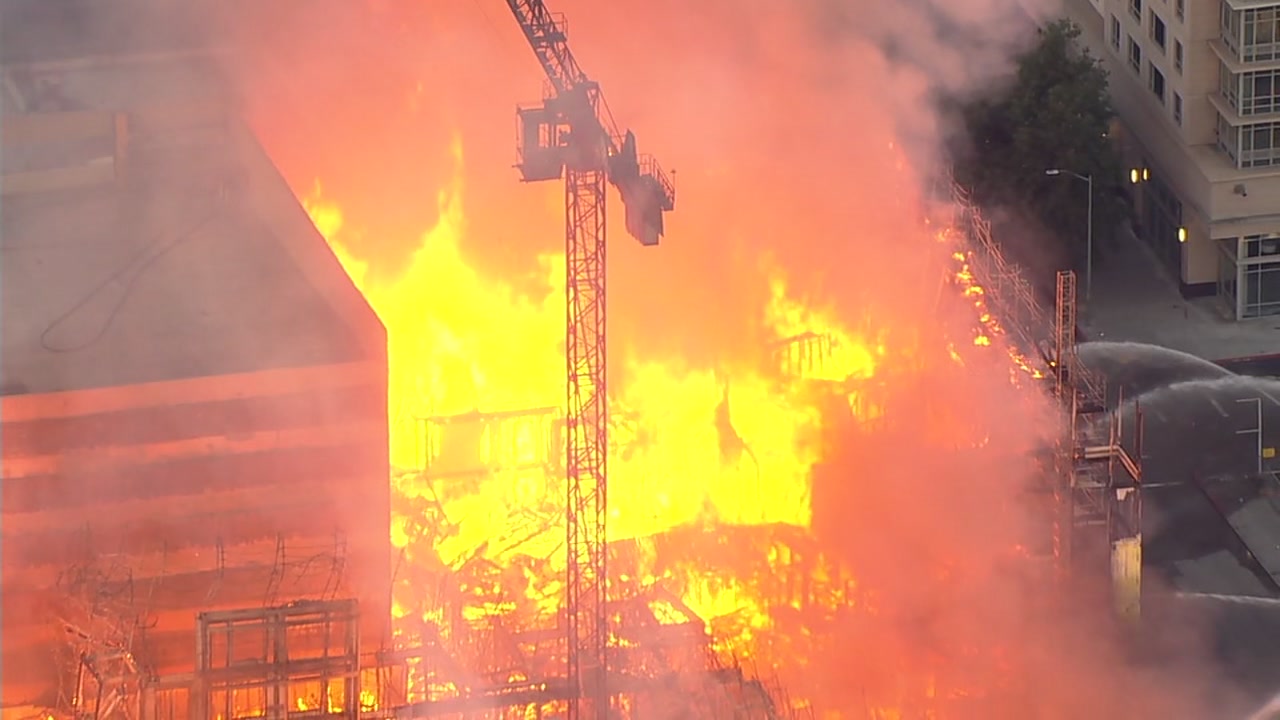 We're told this building under construction was about 75 percent complete. It was supposed to be apartments and retail space. Crews left their gear inside the site, but the fire destroyed it all.

"I lost about $4,000 and all my tools, everything," said construction worker Josh Pitchford. "Hopefully insurance takes care of everything; we can only do what we can."

Some workers tell us security was heightened around the building because of past fires at construction sites in the East Bay.

People who live nearby are concerned it was intentionally set.

"The security was pretty well done, pretty professional, pretty intense," said neighbor Michael Stangl. "After the fire with Emeryville-Oakland border, they seemed to step it up. They had security cameras they installed, they had a guard patrolling the perimeter of the building 24/7."

At this point, officials say it's too early to tell if the fire is suspicious. An arson task force is on scene and will work to determine the cause of the blaze.

The Oakland Downtown YMCA closed briefly but reopened its facility at 2:00 p.m. Friday. All programs will run as scheduled on Saturday.

There are no reported injuries.