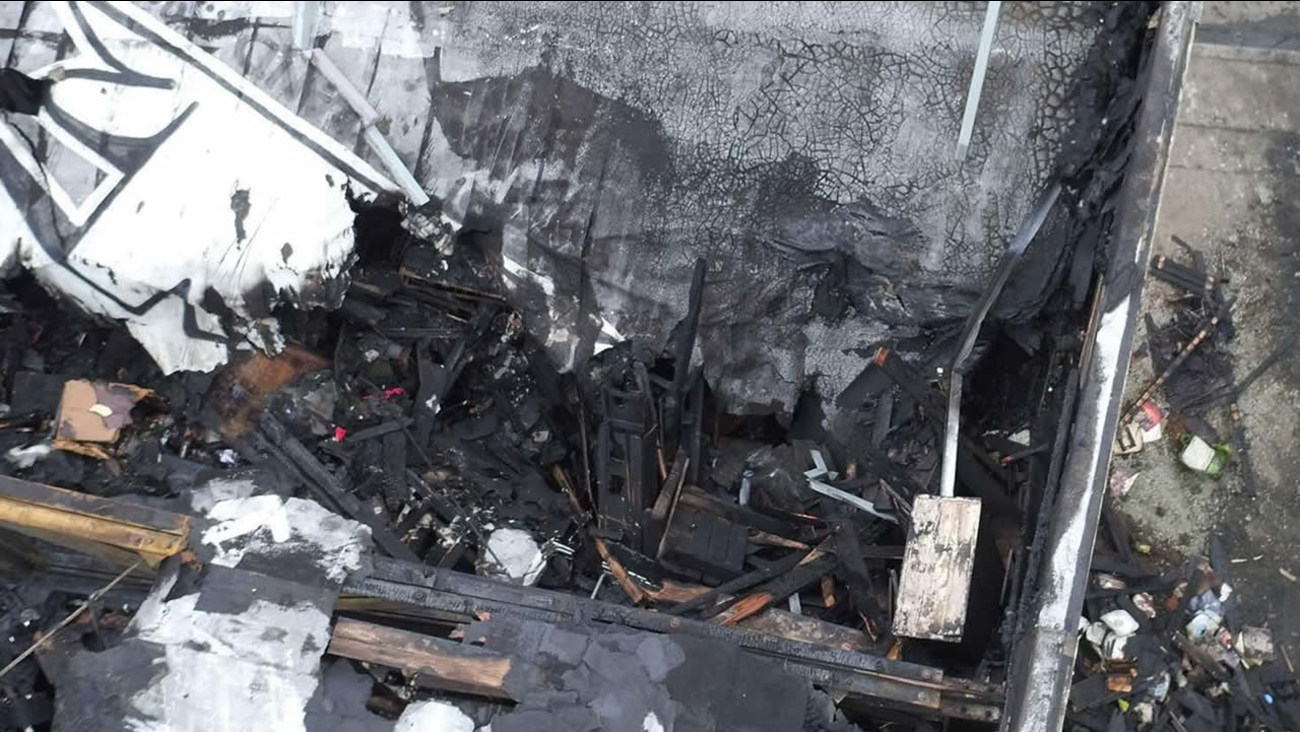 This photo provided by the City of Oakland shows inside the burned warehouse after the deadly fire that broke out on Dec. 2, 2016, in Oakland, Calif. (City of Oakland via AP)

OAKLAND, Calif. (KGO) -- Alameda County officials have identified 35 of the 36 victims in the Oakland Ghost Ship warehouse fire. So far, 30 families have been notified.

A local state of emergency has been declared by the city of Oakland to aid in the fire recovery efforts.

An official briefed on the probe tells ABC News that a refrigerator is being eyed as the "possible" point of origin in the fire that has killed at least 36 people.


Officials said they are now 90 percent done with search and recovery of debris and evidence. Authorities believe they will be able to clear and remove all debris removal by midnight; however some structural sections need to be removed. Crews are beginning the work of knocking down walls of the warehouse. The walls will fall internally in places where crews have searched and believe there are no victims.