A lawsuit is expected to be filed against Oakland for police actions during protests.

On Thursday, a lawsuit is expected to be filed against Oakland for police actions during protests. It comes after protesters marched to the mayor's house last night, demanding she defund the police.

Social justice organizations and individuals are filing a civil rights class-action lawsuit against the city of Oakland in response to crowd control tactics during protests on May 29 and June 3. The lawsuit is calling for an end to the use of tear gas, flash-bang grenades, and rubber bullets among other tactics used against protestors.

A memo by Oakland Interim Police Chief Susan Manheimer states the department is evaluating its crowd control policies in response to recent calls for action. The interim chief said, with the mayor's support, she is proposing the removal of the "carotid restraint" (a type of choke hold) as a use of force option. Also, the department will continue to evaluate the "8 can't wait" reforms many activist have been calling for.

The Oakland Police Officers' Association is in support of the suggested reforms.

"What she laid out in the letter is a structure of going forward, addressing issues that are of concern to the community and also reviewing our deployment strategies to see what we could do better," said Sergeant Barry Donelan, President of the Oakland Police Officers' Association.

The open letter by Interim Chief Manheimer also pledges a review of crowd control policies, specifically the use of smoke, gas, and rubber bullets to disperse crowds during tense demonstrations as thousands took to Oakland streets in recent days protesting the death of George Floyd.

The class-action lawsuit filed today is seeking an injunction to stop OPD's use of such tactics.

Meanwhile, protesters took this message directly to Mayor Libby Schaaf's house last night. The large group made up of mainly young people chanted the names of the men and women killed by police. They're asking for OPD to be defunded and for those funds to be put into other areas like education and social services.

The letter released by OPD Thursday also addressed the damage left behind in city streets when looters used the cover of peaceful protests to steal and vandalize businesses.

Here are some of the statistics:

On the topic of defunding police, on Midday Live yesterday Mayor Schaaf said: "We cannot afford to divest, we need to invest in better reformed policing." She went on to talk about the $122 million in cuts to the city's upcoming budget and said the biggest cuts made were to the police department.

Mayor Schaaf is hosting a virtual town hall tonight at 6 p.m. on structural racism within the city and police reform. You can join the conversation on the City of Oakland's social media channels. 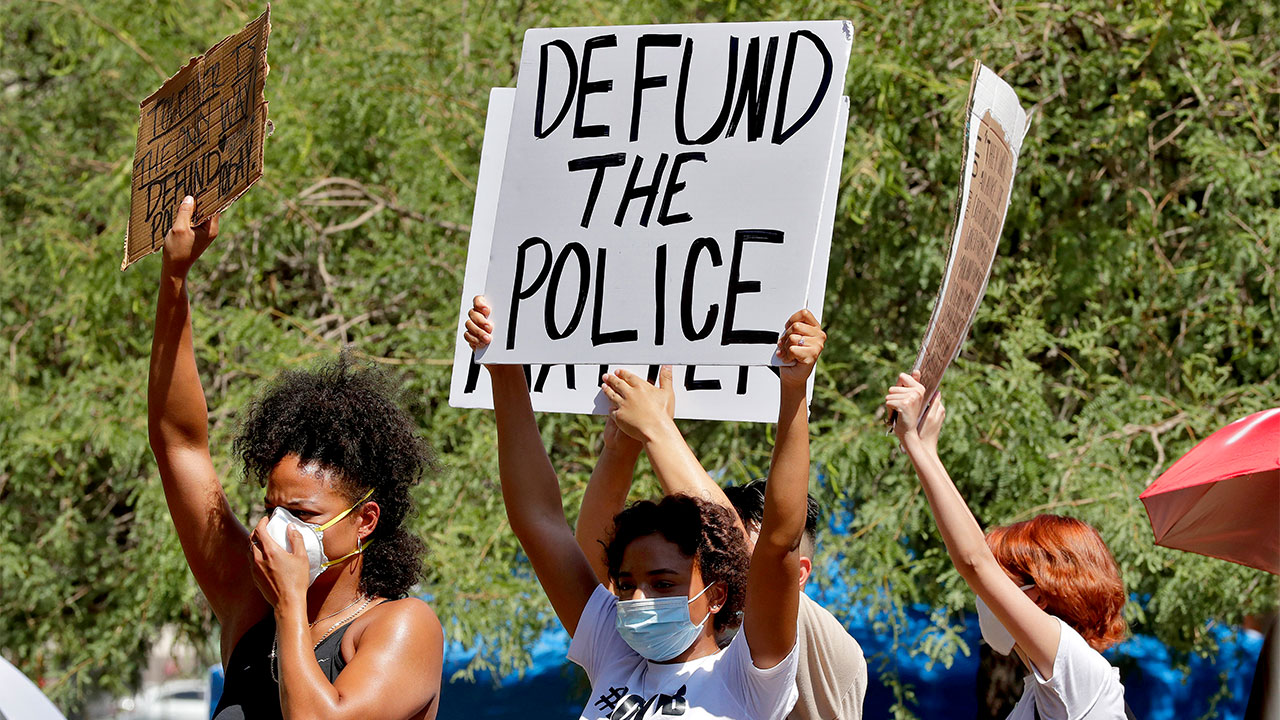 When protesters cry 'defund the police,' what does it mean?