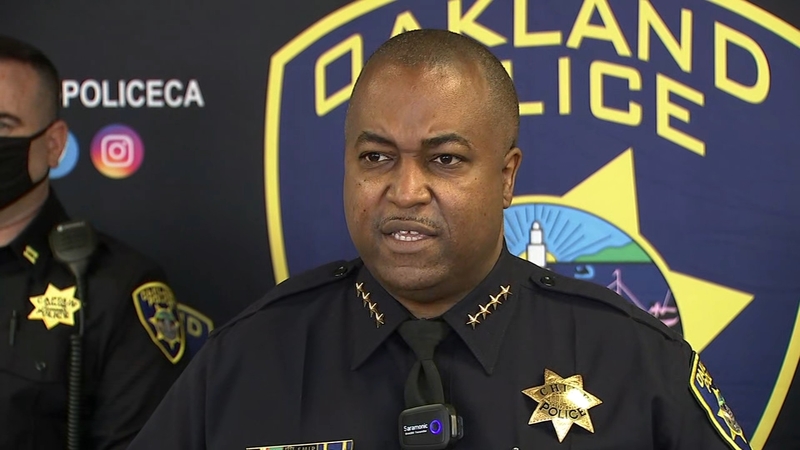 OAKLAND, Calif. -- On what police described as a "violent Friday," an Oakland police officer discharged his firearm when responding to a call regarding an armed suspect, but the suspect was not struck and no one was injured Friday, police said.

The officer-involved shooting occurred in the 500 block of 98th Avenue when a community member called police to report a man brandishing a firearm at an area resident, according to police.

One suspect was taken into custody and a firearm was recovered, police said. In accordance with department policy, the officer has been placed on paid administrative leave.