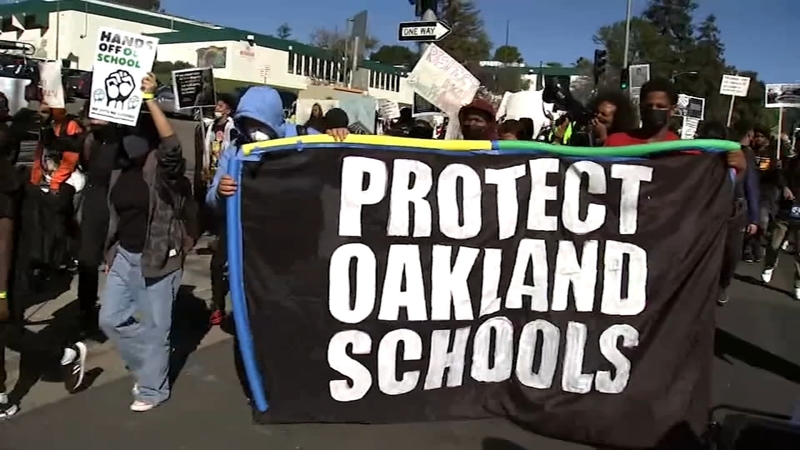 OAKLAND, Calif. -- The Oakland Unified School District Board of Education narrowly approved a measure to close or merge nearly a dozen schools during a contentious meeting that began Tuesday night and lasted into the early morning hours Wednesday.

The measure is an effort to confront an expected budget deficit and has brought protests from students, teachers, and parents, including a hunger strike by two teachers.

The virtual meeting drew hundreds of callers, all of which opposed the district's plan during a public comment session. Despite the public opposition, the board approved an amended version shortly before 1 a.m. Wednesday.

According to the district, school mergers or closures are needed due to declining enrollment, particularly in its elementary schools. Because public schools are funded based on enrollment, this has led to a deficit over the next two years. The district says 35 percent of its schools are enrolled at "below sustainable" levels.

Declining enrollments, the district says, are caused by factors including lower birth rates, pandemic-related moves out of the district and a lack of affordable housing.

He added that the focus of the school district during this pandemic should be the health and safety of people in the school community rather than closing schools.