'Escape To Alcatraz': Occupation organizer talks about life on 'The Rock' 50 years later 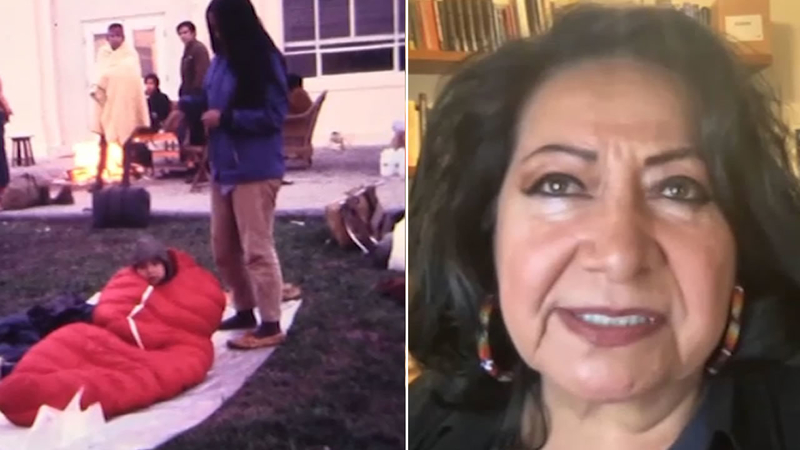 SAN FRANCISCO (KGO) -- In the middle of the night on Nov. 20, 1969, a group of mostly young Native Americans escaped to Alcatraz, landing on the shores of Alcatraz Island, in the middle of San Francisco Bay.

They occupied the former prison for 19 months, demanding that the federal government turn over the island to Indigenous Americans.

The self-proclaimed Tribe of All Nations ignited a national movement that raised public awareness of the plight of Native American Indians.

LaNada War Jack, Ph.D was one of the occupation's original organizers, she spoke with ABC7's Kristen Sze about her time on Alcatraz, and about what the occupation meant to Native Americans.

Watch more of LaNada, and hear the story of occupation in the ABC7 Original documentary, "Escape to Alcatraz," available now on ABC7news.com, and our streaming apps.
EMBED More News Videos

The occupation brought new life, tragic death, and a struggle for power. And in the end, it started a national debate on Native American rights that inspired generations and forever changed public opinion and changed public policy.