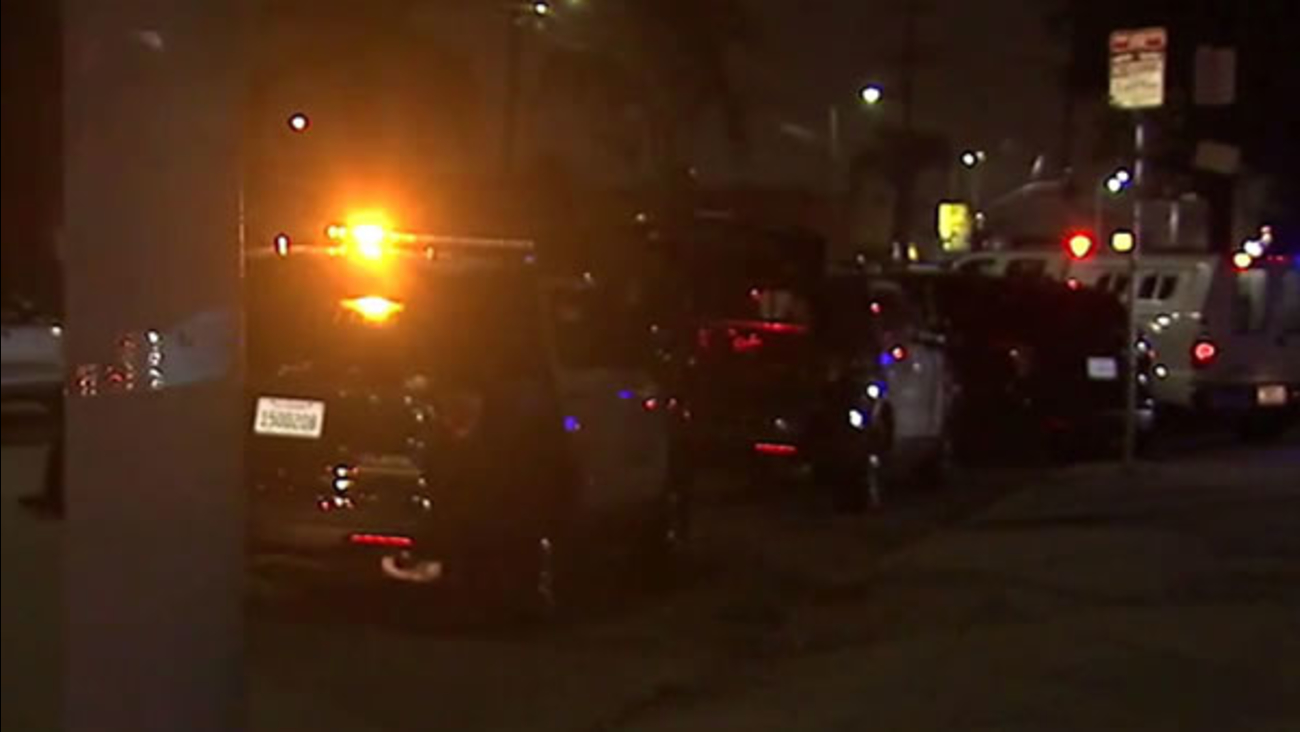 One person was wounded in an officer-involved-shooting in South Los Angeles Sunday, Dec. 11, 2016, officials said. (KABC-TV)

The shooting happened around 10:30 p.m. as Los Angeles Police Department officers were conducting what was described as gang-suppression activity. They encountered a group of individuals, including one with a handgun, and an officer-involved shooting occurred, police said.

Officials did not provide more details about the nature of the encounter.

Several suspects were in custody. A heavy police presence remained in the area of 99th and Figueroa streets late Sunday, including a helicopter overhead scouring the area for one more suspect.