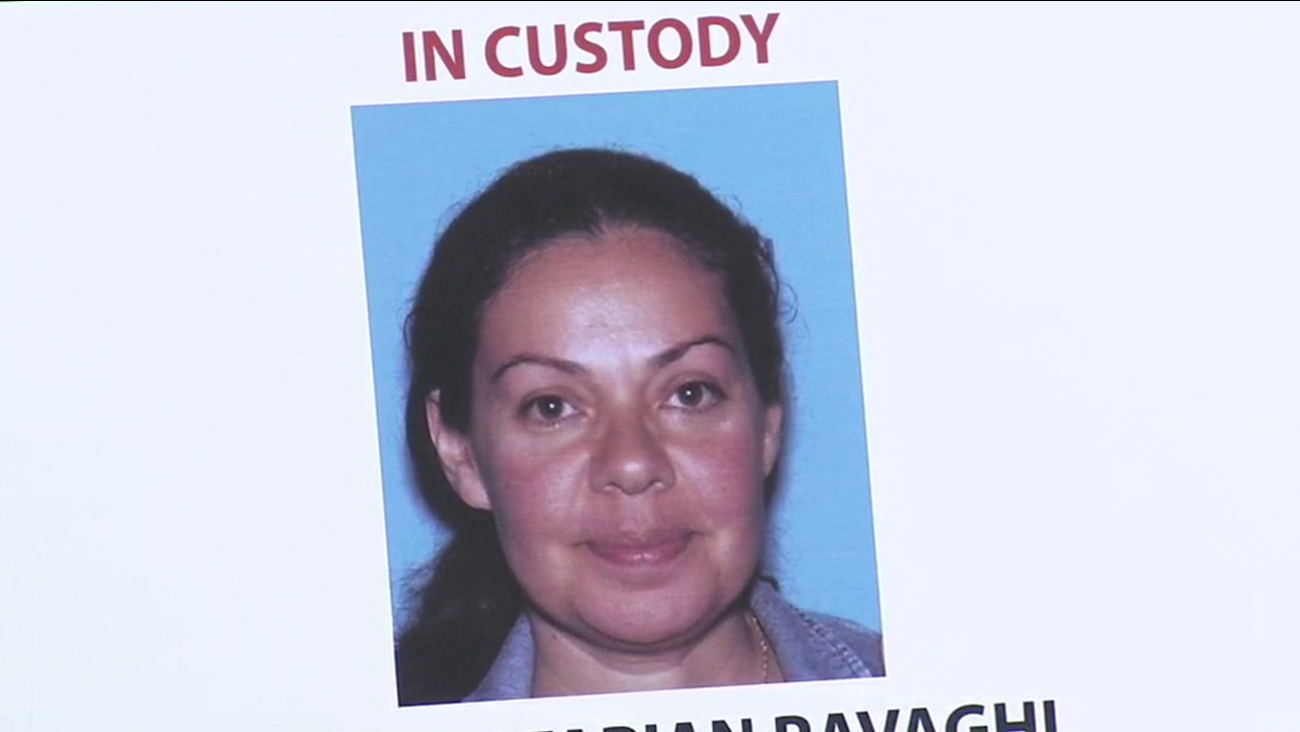 Nooshafarin Ravaghi, 44, of Lake Forest, is shown in an undated photo during an Orange County Sheriff's Department press conference on Thursday, Jan. 28, 2016. (KABC)

The Orange County sheriff's department announced the arrest and said a total of 10 arrests had been made in connection to the inmates who escaped.

An updated photo of Hossein Nayeri, one of three inmates, was also released by the sheriff's department earlier Thursday.

Nayeri, along with Jonathan Tieu, 20, and Bac Duong, 43, escaped the prison last Friday using an elaborate plan that involved cutting through steel bars and plumbing tunnels, and rappelling down the jail's roof.

During a Wednesday afternoon press conference, Orange County Sheriff Sandra Hutchens said five people were arrested who have a connection to the inmates and there was a possibility of more arrests Thursday morning. No further details on the arrests were released.

Hutchens also said investigators were looking into the possibility that the inmates received help from someone on the outside as well as from anyone inside the facility. She added the tools used to cut through steel bars were professional and not made in jail.

The trio were last accounted for at 5 a.m. on Jan. 22, and their disappearance went unnoticed until 16 hours later when an evening count was conducted.

Hutchens said she and other investigators believe that Nayeri, 37, is the mastermind behind the escape plan because of his military background. He had been in custody since September 2014 and faced charges for kidnapping and torture, among other charges.

Tieu and Duong, both known gang members, had been in custody since October 2013 and December 2015, respectively. Tieu faced such charges as murder and attempted murder, while Duong faced charges for attempted murder, among others.