The LGBTQIA+ community is multicultural, multi-ethnic, multi-faith and multidimensional. Watch "Our America: Who I'm Meant To Be."

The LGBTQIA+ community is not a monolith. It is multicultural, multi-ethnic, multi-faith and multidimensional.

"Our America: Who I'm Meant To Be" explores the lives of some of the amazing people who make up this community. This special production by ABC Owned Television Stations and ABC Localish Studios brings to life the challenges of being LGBTQIA+ and how race, religion, class, gender and sexuality all define who we are.

Watch "Our America: Who I'm Meant To Be" in the video player above or wherever you stream: Fire TV, Android TV, Apple TV and Roku. Click here to check your local listings and find out when to watch on your local ABC station.

Keep reading to meet each person featured in "Our America: Who I'm Meant To Be."

Filipino comedian Rich Kiamco may be a gay man in New York, but his life isn't just defined by his sexuality. Today he can joke about his life experiences, many of which were painful when they happened. That includes a point in his career where he stopped doing comedy because people shouted him down calling him a gay slur while on stage.

Houston transgender advocate Eden Torres is living as her authentic self. She is capturing the essence of who people are meant to be, taking photographs that document the pain, joy and greatness of being part of the LGBTQIA+ community. She shares her journey to womanhood and how life's challenges paved the way for her to be who she is today.

For many people, the idea of being nonbinary is a difficult concept to understand. For Ashante Shomari, it is who they are meant to be. Today, they do not identify as either female or male but as one person on a journey to explore their place in the LGBTQIA+ community and the world. Their journey comes with challenges, including the ignorance of others.

For Fresno Fire Chief Kerri Donis, being a mother and wife was the easy part -- finding her place as a woman in a male-dominated field in a more conservative community was a challenge. A chance interaction turned into a career that led her to the top of her field.

When many people think of Atlantic City's infamous boardwalk, the last thing they may think about is the LGBTQIA+ community. But there is history here, and Judah-Abijah Dorrington wants to celebrate that history and promote it. Dorrington is Atlantic City's first Liaison and Coordinator of LGBTQ+ Programs and Services in the newly created Mayor's Office of LGBTQ+ Affairs. Atlantic City had its first LGBTQ+ flag raising ceremony last year and there are plans for a Pride parade this year. Dorrington has been working hard to galvanize the LGBTQ+ community and wants to see more LGBTQ+ people in positions of power.

There is a notion of what it means to be LGBTQIA+, what it means to be Muslim and what it means to be an immigrant from Afghanistan. Those are things that Harris Mojadedi deals with every day. Mojadedi is not fitting into those stereotypes but celebrating them as an out gay man. He lives in the San Francisco Bay Area and is already making a name for himself as one of the first LGBTQ Muslims to hold public office in the Bay Area.

Jeff Kawakami is a personal chef in Hollywood. Kawakami is biracial and gay. His father is Japanese-American, born in an internment camp during World War II, while his mother's family is white and from the Midwest. Kawakami struggles with his identity and "passing" as white while also being proud of his Asian-American roots. He celebrates being proud of himself through the food he makes.

Religion is something that often divides the LGBTQIA+ community. For Reverend Wanda Floyd, Pastor Paully Adams and Rabbi Sandra Lawson, faith is more than the building where they worship. It is about their personal journey to understand their place in religion while being Black in North Carolina. They are embracing their religion and teaching others how they, too, can be out and spiritual.

SEE MORE: Watch last year's episode of "Who I'm Meant to Be" 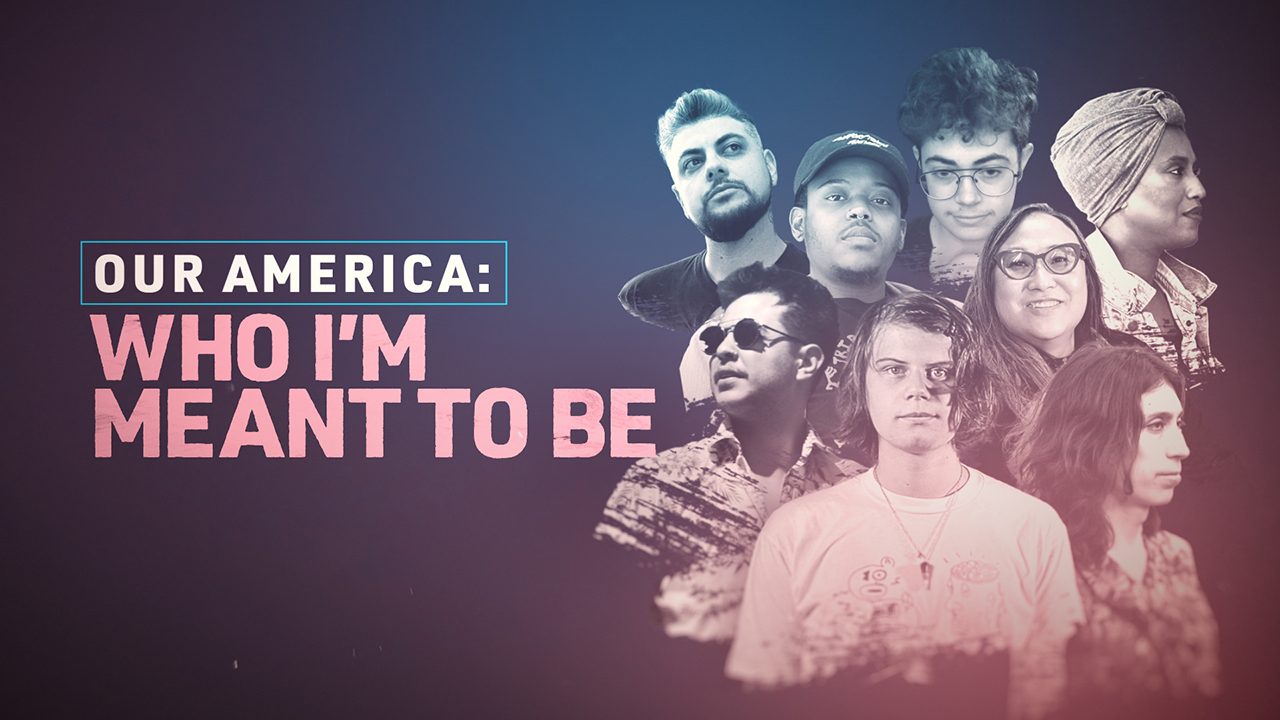