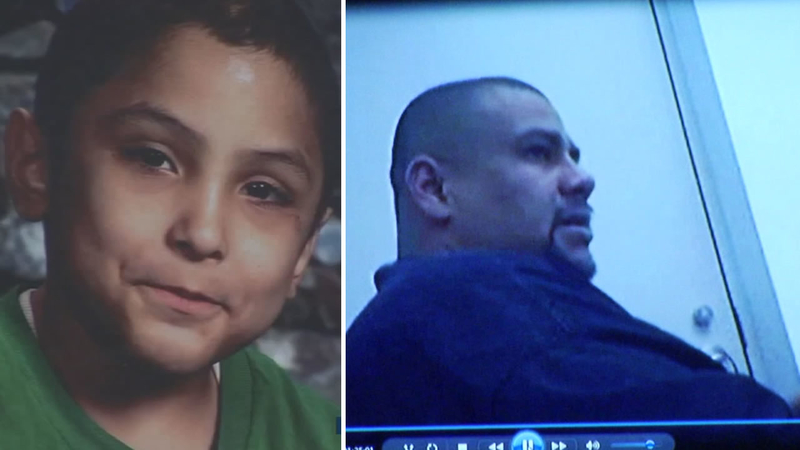 LOS ANGELES -- A Los Angeles County sheriff's detective testified in court Tuesday and played three interviews he had with a man suspected of murdering an 8-year-old boy in Palmdale.