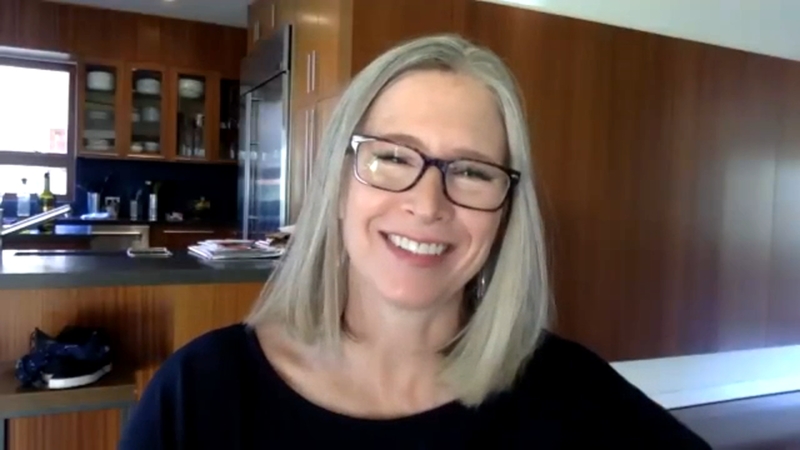 NEW YORK -- At the Oscars next Sunday, Will Smith is the heavy favorite to win his first Academy Award for playing the title role of "King Richard," the father of Venus and Serena Williams.

But as part of Women's History Month, we're going behind the scenes of that movie to recognize another one of the nominees.

Pamela Martin served as editor for "King Richard," in a field that is still dominated by men even though female editors have been working in Hollywood since the birth of the movies.

Thelma Schoonmaker has won three Oscars during half a century of working with director Martin Scorsese, but she remains an exception -- and that's why Martin worked so hard behind the scenes to help diversify the ranks of editors working in major motion pictures.

There's no Oscar for casting, but Cindy Tolan's work on "West Side Story" proves there's no doubt the job is critical to the success of a movie.

Martin said that the rhythm of the sport of tennis is crucial in telling the story of how two sisters came to be superstars.

Venus and Serena Williams were trained by their dad, known as "King Richard" Williams.

"You have a lot of balls in the air on that one, and it took a lot fine-tuning to get it right," she said.

Martin grew up in New York City but "didn't have any family that's in the film business."

"I didn't know anybody who did this," she said. "I was just interested in it."

Graduating from NYU 30 years ago, she found very few female mentors in the city's edit suites.

"Really what it boiled down to is, I worked my tail off," she said. "And I consistently got recommended by anybody I worked with."

Her career got a boost when she was recommended to two filmmakers who would later be nominated for Oscars: Ang Lee, who has won multiple times, and David O. Russell.

Russell's movie "The Fighter" would result in Martin's first Oscar nomination for editing and led directly to "King Richard" and its director Reinaldo Marcus Green.

"Reinaldo told me he came to me to do this movie because two of his references for this film are two movies that I've edited," she said. "'Little Miss Sunshine' and 'The Fighter,' and he's a big fan of both."

Will Smith is widely expected to win his first Oscar for playing the father of tennis superstars Venus and Serena Williams in "King Richard."

The two met years ago at the Sundance Institute in Utah, which was started by Robert Redford to nurture young filmmakers.

Martin has long been serious about reaching out to such emerging artists.

"People from all backgrounds want to see their stories on the screen," she said. "And it's our responsibility, especially people who have gotten there and gotten to a good place in their career to bring everybody up with them. It's very important."

Martin believes that those who have had to struggle to find opportunities in the movie business have an obligation to open doors to others, and that commitment has to start at the top.

She reports that when she first began attending meetings of American Cinema Editors (ACE), she was one of few women. She also didn't see any people of color at meetings.

Thankfully, that's changed, and the membership of this professional society is now more diverse. In fact, She won an ACE Award earlier this month for Best Edited Feature Film (Dramatic).