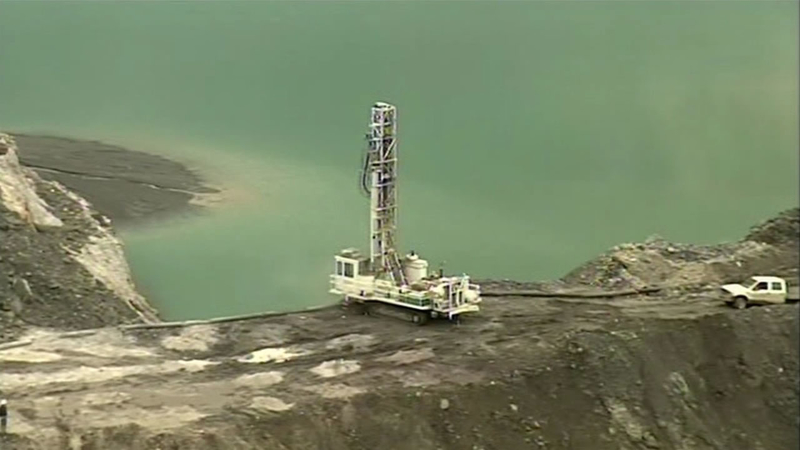 LOS ALTOS HILLS, Calif. (KGO) -- South Bay residents are hoping it's the end of an era of water pollution stretching back for decades.

Lehigh Southwest Cement & Hanson Permanente Cement in the hills above Cupertino has agreed to stop dumping chemicals into Permanente Creek, which runs from Los Altos Hills down through several cities before draining into San Francisco Bay.

Longtime residents remember a day when Permanente Creek had fish and frogs, but they've died off because of selenium and nickel wastewater from the nearby Lehigh Hanson quarry.

Neighbors tried to fight the quarry for years.

"This facility has been operating for 80 years here and for 80 years, they've been using this creek as their own personal sewer. And this is a great day," Los Altos Hills resident Paula Wallis said.

A great day because the quarry has agreed to spend $5 million to install facilities to clean up its wastewater to federal Clean Water Act standards.

It also will pay a $2.5 million penalty. The Justice Department says the settlement has teeth.

"Now if the company violates any part of that, we can actually seek contempt-of-court. It's an order. The judge enters it as an order, so that's why what's happening is actually quite powerful," U.S. Dept. of Justice's John Cruden said.

The quarry will also be subject to constant monitoring.

Lehigh Hanson Cement issued a statement: "We are pleased to resolve these issues with an agreement that is aligned with our company's commitment to operating in a safe and environmentally responsible manner."

"So we're really happy that those teeth are in there and hopefully that will encourage them to avoid continued externalization of their costs by making them clean up their water rather than dumping it in the environment." Sierra Club Loma Prieta Chapter Director John Cordes said.