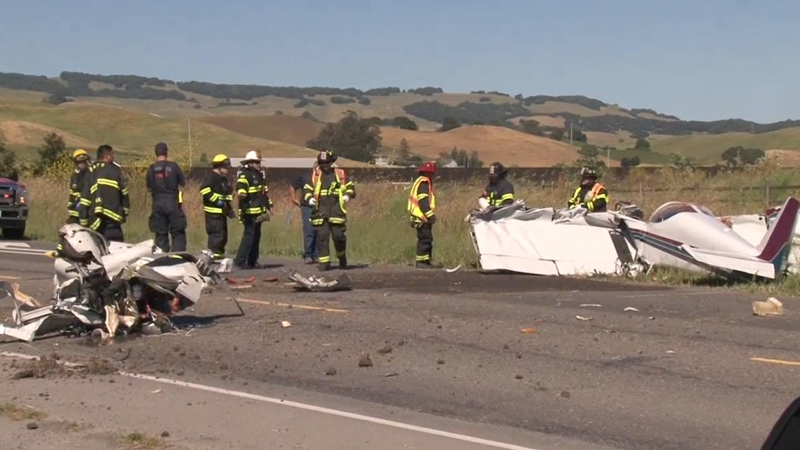 The crash happened in the area of E. Washington Street between Adobe Road and Executive Drive shortly after 4 p.m.

The airport is about 1,000 yards away from the scene scene. An FAA official says the plane that crashed was a Vans RV6.

"You heard the plane take off and as soon as it got over the golf course, you could hear it sputtering. It didn't sound right. Then his engine caught on for maybe two or three seconds, started sputtering again and then he made a right turn going back towards the airport. And next thing you know, the plane went sideways and then went straight down and all you could hear was the loud thud into the concrete," witness Ed Anzore said.

There are still investigators on the scene. The FAA and NTSB are looking into exactly what happened. It is unclear at this point in the investigation why the plane crashed.

All roads in the area of E. Washington Street between Adobe Road and Executive Drive are now open following the crash.

No further information is available about the victims' identities.

Two people killed in this plane that crashed on a road 1000 yards from Petaluma Airport. FAA and NTSB are investigating the cause. pic.twitter.com/3LJEqFoV5H