'I went way too far': Actor Peter Fonda apologizes for immigration tweet suggesting Barron Trump should be 'put in a cage' 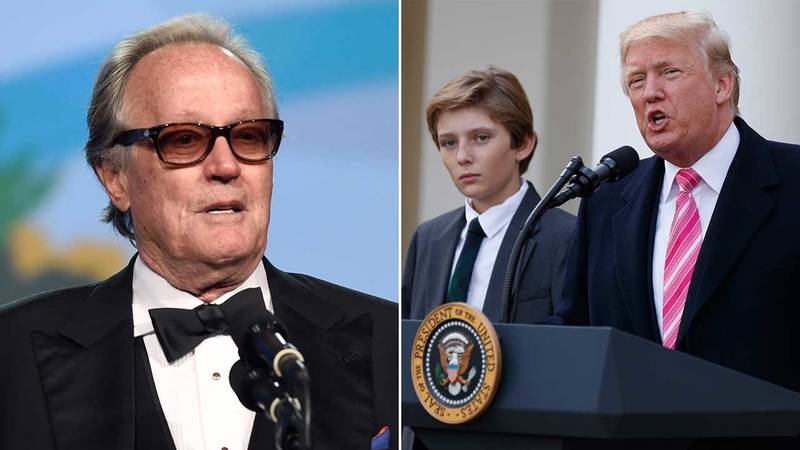 Peter Fonda has apologized and deleted a "vulgar" tweet Wednesday about 12-year-old Barron Trump in response to the immigration debate.

The tweet suggested that the son of President Donald Trump should be ripped from "his mother's arms and put in a cage with pedophiles," according to the Associated Press.

So @iamfonda can suggest kidnapping and putting a child in a cage with pedophiles and @sonyclassics won’t do anything! I guess that’s ok if you’re a liberal. If you’re a conservative you’d face real consequences. Great work @SonyPictures. Let them know your thoughts? https://t.co/O5fBcRmq97

You’re clearly a sick individual and everyone is an internet badass but rather than attack an 11 year old like a bully and a coward why don’t you pick on someone a bit bigger. LMK. https://t.co/8OhiQ0aZmO

Fonda, a two-time Oscar nominee, who is the brother of Jane Fonda and son of Hollywood legend Henry Fonda, wrote in his apology that he was upset about children being separated from their parents at the U.S.-Mexico border.

Here is his statement, released by both his manager and his publicist:

"I tweeted something highly inappropriate and vulgar about the president and his family in response to the devastating images I was seeing on television. Like many Americans, I am very impassioned and distraught over the situation with children separated from their families at the border, but I went way too far. It was wrong and I should not have done it. I immediately regretted it and sincerely apologize to the family for what I said and any hurt my words have caused."