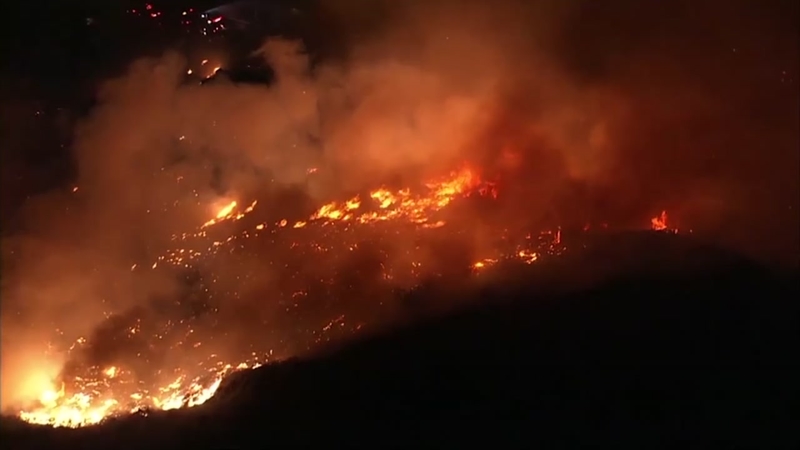 SAN FRANCISCO (KGO) -- Being in the eye of a California fire-storm is terrifying on its own. But understanding the changing weather forces that are driving that intensity could spark a longer-lasting fear.

"The difference between a livable and an unlivable planet is not that many degrees difference in temperature," Peter Gleick, with Pacific Institute, said.

Gleick has been tracking the effects of climate change in the California and around the world for decades. And the patterns that have emerged can be measured in months of increased danger.

Looking back at the past 100 years, you can see the average temperature in California has risen 2.3 degrees during the five month stretch between May and September.

And while temperatures alone aren't responsible for the devastating fire patterns in California-- experts believe they're part of a dangerous and combustible mix of factors, now influencing the state's environment.

"The bad news is-- over time it's going to get hotter and hotter as we've already seen happen. We know that means soils are going to get dryer. We know that dry season is going to extend longer and longer. And that's bad news for fire frequency and fire intensity. We're going to see more frequent and more intense fires in California," said Gleick.

And that evolution is already playing out on a staggering scale. In the last decade alone four of the top five largest wildfires in California have occurred in these 10 years.

Scott McLean with CAL FIRE says, "The Kincaid for example 76,000 acres. These fires burn extremely hot and with much vengeance."

The stress of fighting those mega-infernos is taking a toll on manpower and resources, along with their frequency.

McLean of CAL FIRE remembers starting out in an era when California's fire season last for several months. Now, it's considered closer to year round.

"There's a study from University of Merced that shows that the fire season has extended over the past couple of decades from 60 to 70 days longer now. It's just the amount off them, and that they piggyback on each other, so folks are on these fire lines for weeks and weeks on end."

Changes in the jet stream have also increased the frequency of high-wind events, driving flames and embers higher and farther.

And the cost is mounting- both in geographic and human terms.

In the past two years alone, six of the 10 most destructive wildfires in California occurred. The Camp Fire destroyed more than 18,000 structures and killed 85 people.

So what lies ahead for the state? Some argue that certain rural areas may become essentially unlivable.

But experts like Gleick believes the futures has as much to do with changing human behavior as it does with changing fire patterns.

"So it's partly a question of understanding what these risks are and thinking about how to adapt to them. California isn't going to disappear, but we have to figure out how to deal with these more frequent, more dangerous events."