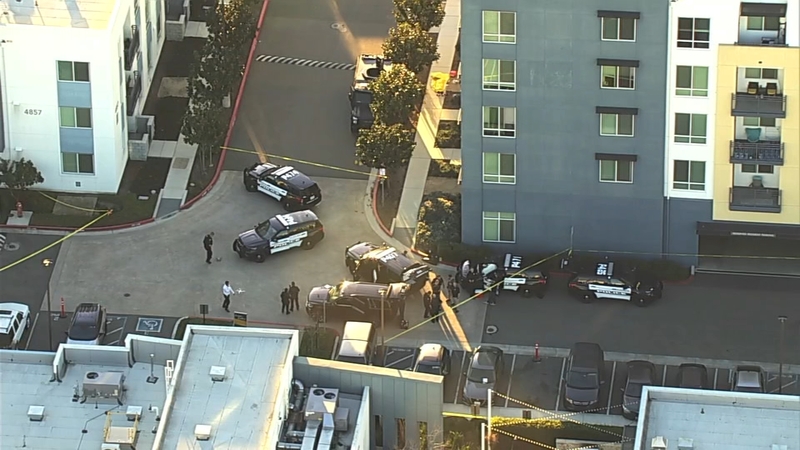 According to police, the shooting occurred just after 3:30 p.m. at an apartment complex near Owens Drive and Willow Road.

Earlier in the day, police received a call from a person saying they were a victim of domestic violence. When officers arrived on scene they were able to locate the suspect who refused to leave the apartment.

Police say after several hours the man walked out of the building holding a knife and that's when officers open fire.

Several agencies are on scene investigating the shooting including the Alameda County District Attorney's Office.