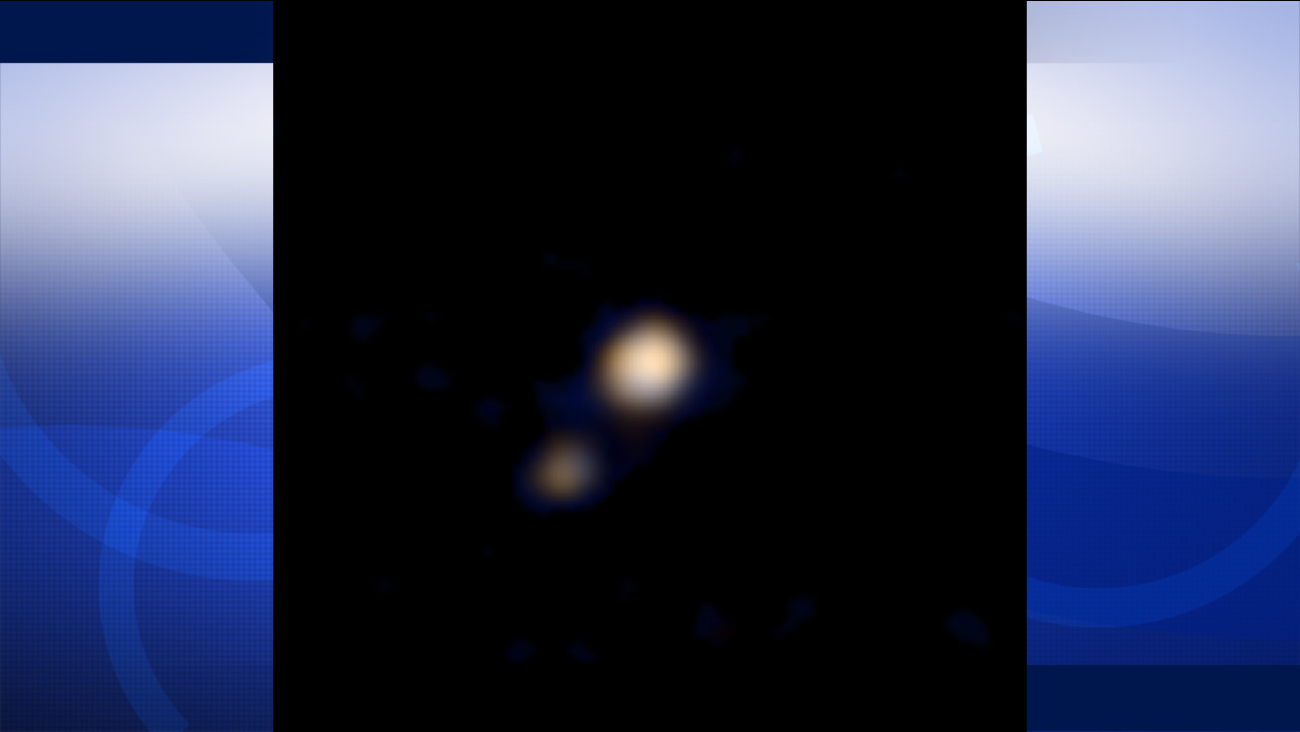 It may look a little blurry, but the bright circle in the middle of the photo above is the first color image of Pluto and its largest moon, Charon.

The image was taken by the Ralph color imager aboard NASA's New Horizons spacecraft on April 9 and beamed down to Earth the following day.

First color image of #Pluto and Charon from @NASANewHorizons, thanks to the Ralph camera! http://t.co/eO7DjqL2Oh pic.twitter.com/kFDvdK9ydM

According to NASA, the image is a preliminary reconstruction and will be later refined by the New Horizon's science team. Officials say the image was made from a distance of about 71 million miles, which is roughly the distance from the sun to venus.

Launched in 2006, New Horizons is nearing a critical point of its epic three billion mile journey. It will make its closest approach to Pluto in July.