Tow officers will not be charged in the 2015 shooting of Amilcar Perez-Lopez in the Mission District. Protests sparked and community members voiced their outrage after the decision came down Wednesday.

SAN FRANCISCO (KGO) -- Two San Francisco police officers have been cleared in a deadly shooting that happened in the Mission in 2015.

The district attorney's office released and animated re-creation of the shooting. Witnesses said Perez-Lopez had a knife, and was chasing another man.

The distric attorney concluded the knife was still in Perez-Lopez' hand when the officers said they opened fire in fear for their lives.

"Based on reaction time Perez-Lopez would have been able to turn 90-180 degrees by the time the first bullet hit him," Gascon said at a news conference.

After an exhaustive two-year investigation, Gascon determined the vast majority of witness accounts and evidence do not contradict the officer's statements. They're not filing charges.

"Having just finished reading 25 pages of this report -- i'm now horrified," said Deputy Public Defender Rebecca Young. "The district attorney's office hired experts to clear the police, hired reconstructioists to recreate the scene, and every part of this investigation seems to have been geared toward clearing these officers -- not toward doing an impartial investigation."

Smith says he feels betrayed by the DA's decision. Activists met at his church Wednesday to decide what to do next.

They went to the San Francisco Police Department on Valencia for a protest armed with signs. Officers had geared up, dozens fortified behind a block of barricades.

Bill Simpich witnessed the aftermath of the Feb. 2015 shooting. "The message is, there's a thumb on the scale when it's a police officer," he told ABC7 News. "If it were me or you, we'd probably be charged because the standard is very low."

Perez-Lopez' family has already filed a civil rights lawsuit. The San Francisco Police Officer's Association put out a statement saying, "We cannot let this pain be a wedge between us." 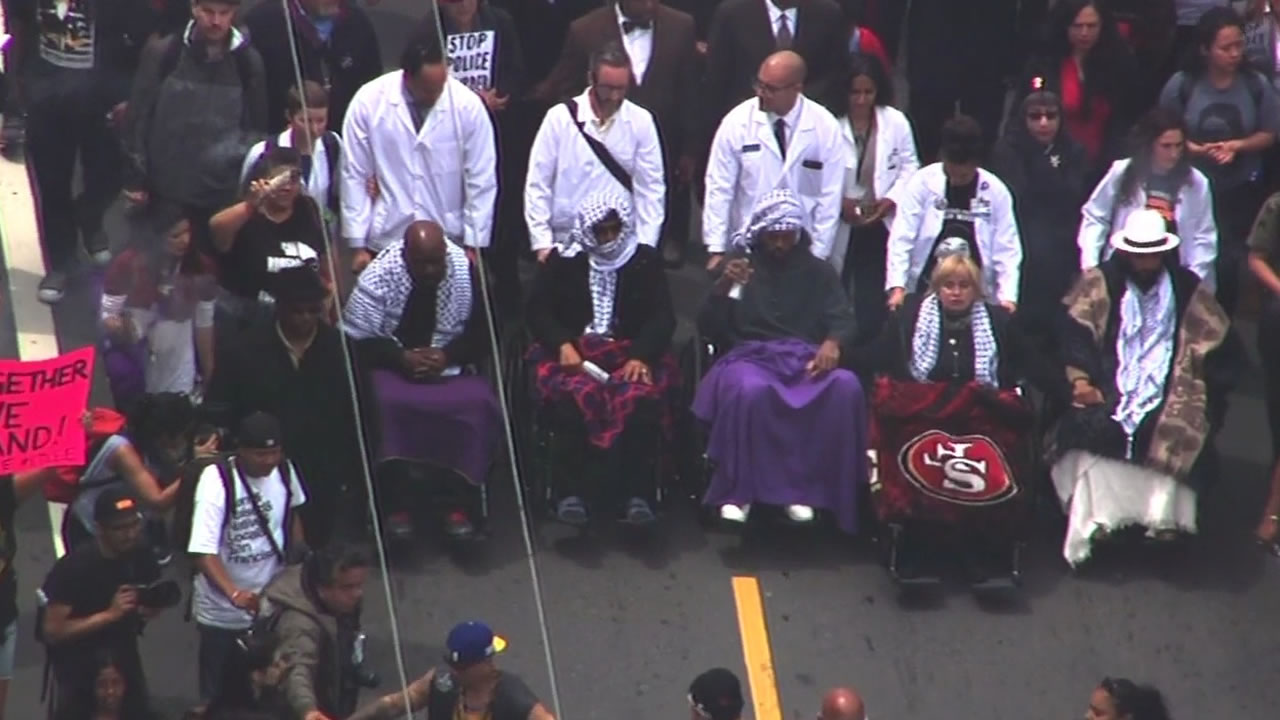 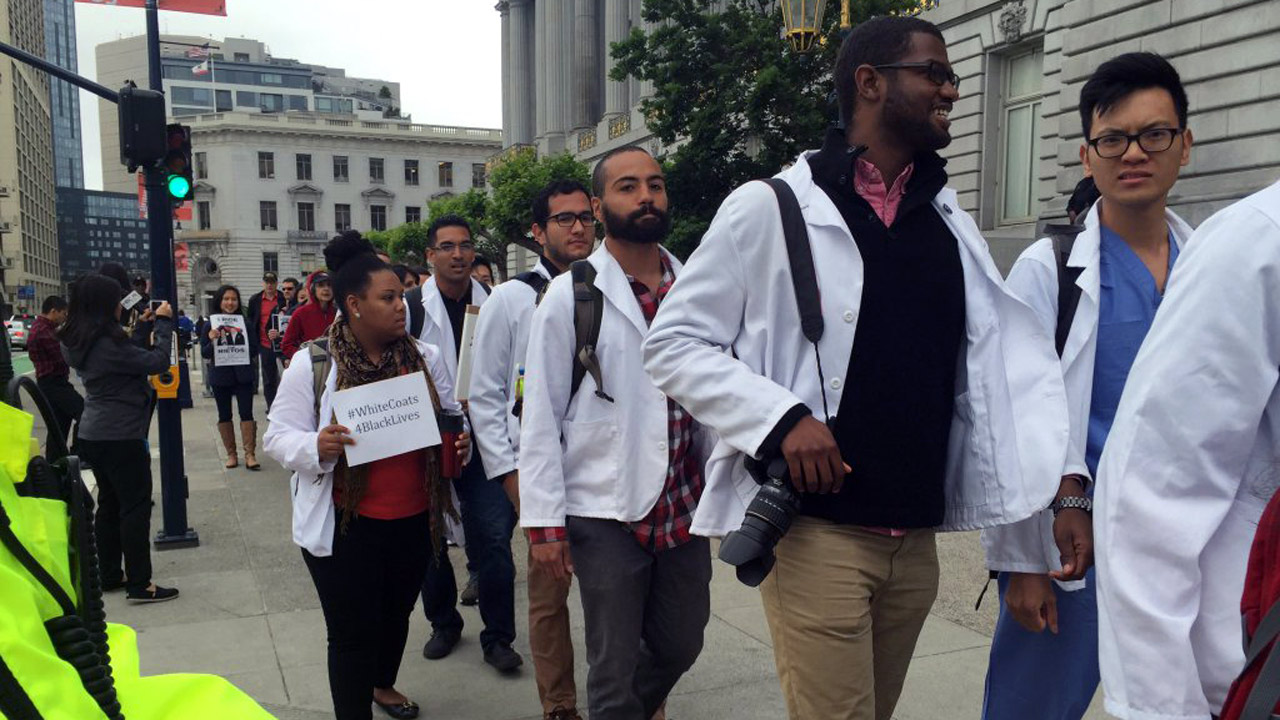