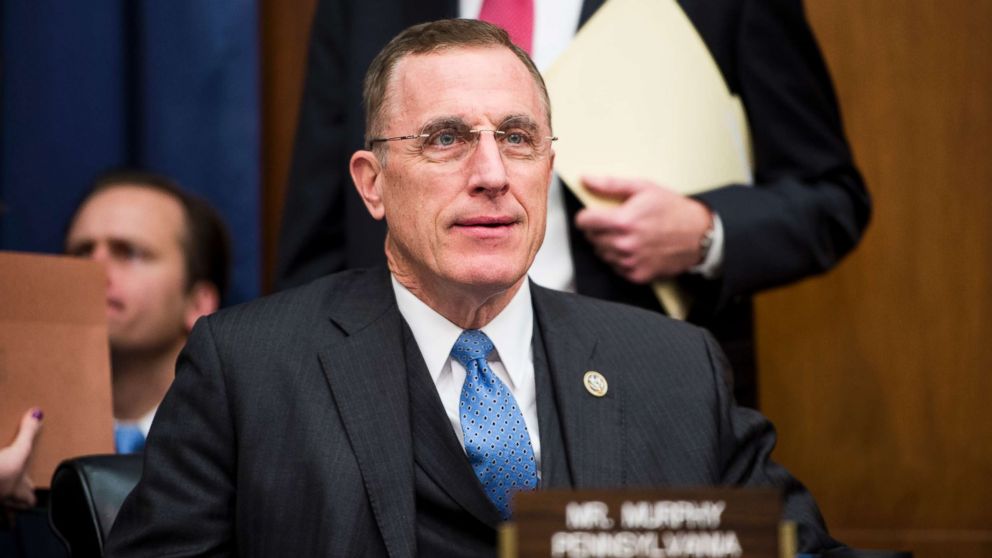 Pennsylvania Rep. Tim Murphy has resigned after a report surfaced earlier this week that he had asked an extramarital lover to end her pregnancy.

Murphy, a Republican who co-sponsored a 20-week abortion ban that passed in the House Tuesday, allegedly asked his lover to terminate her pregnancy, according to text message records acquired by the Pittsburgh Post-Gazette.

The Pittsburgh Post-Gazette reported Shannon Edwards, 32, whom Murphy recently admitted to having an affair with, messaged the 65-year-old congressman after an anti-abortion statement was posted on his office's Facebook account in January.

"And you have zero issue posting your pro-life stance all over the place when you had no issue asking me to abort our unborn child just last week when we thought that was one of the options," allegedly wrote Edwards in a text exchange that was a part of a number of documents obtained by the Pittsburgh Post-Gazette.

A response from Murphy's phone number allegedly read, "I get what you say about my March for life messages. I've never written them. Staff does them. I read them and winced. I told staff don't write any more. I will."

According to the Pittsburgh Post-Gazette, the exchange was over "an unfounded pregnancy scare."

Murphy's office and Edwards had no comment when reached by ABC News.

"This afternoon I received a letter of resignation from Congressman Tim Murphy, effective October 21," Ryan said in a statement. "It was Dr. Murphy's decision to move on to the next chapter of his life, and I support it. We thank him for his many years of tireless work on mental health issues here in Congress and his service to the country as a naval reserve officer."

Murphy had previously announced his plans to retire at the end of his term in 2018.

"After discussions with my family and staff, I have come to the decision that I will not seek reelection to Congress at the end of my current term," Murphy said in a statement Wednesday evening. "In the coming weeks I will take personal time to seek help as my family and I continue to work through our personal difficulties and seek healing. I ask you to respect our privacy during this time."

But Murphy's retirement announcement didn't go far enough for some members. The embattled congressman was under immense pressure from GOP leaders to resign Wednesday, according to a source close to Murphy -- and that pressure only increased after he announced plans to retire after finishing out his term.

Murphy has a record of supporting legislation to cut federal funding for abortion and Planned Parenthood, and co-sponsored the Life at Conception Act on Jan. 24, one day before the text exchange.