KGO
By David Louie
PALO ALTO, Calif. (KGO) -- The fate of over $52 billion in potential road and bridge work raised by the gas tax will be in the hands of voters on election day this Tuesday Nov. 6.

Proposition 6 aims to repeal a 12-cent-per-gallon gas tax increase that was approved by lawmakers and the governor last year.

Supporters and opponents were in high gear Friday, trying to influence the vote.

About 6,500 highway and road projects are under way in California, their status in jeopardy if the gas tax is repealed.

Road work can create pain from delays or inconvenience, and there is a flurry of projects that need repairs or new designs. There are also notorious potholes that need attention.

"There are no partisan potholes," said Carolyn Coleman, executive director of the League of California Cities. "There are not Democrat ones or Republican ones or even independent ones."

But Proposition 6 has a partisan cast. Republicans are supporting it. Democrats are opposing it. Critics say that it's too heavy a burden on drivers.

"That's why working families who are struggling with the cost of living are voting yes on Prop 6," DeMaio said.

2018 CALIFORNIA VOTING GUIDE: What you need to know about the midterm elections

"We need to fix our roads," Brown said. "We need to fix our bridges. We need to make sure our local transit is up and ready for the task. This is a great opportunity to show the rest of the country that California knows how to invest in its future."

Whether Prop 6 is voted up or down, the fact remains that hundreds of bridges are considered deficient by federal highway officials.

The 280 bridge crossing over Lawrence Expressway in Santa Clara is one example. Built in 1965, it is said to be in poor condition.

Voters have a choice to save money at the pump or not. At the same time, lawmakers say if they lose that revenue, they're not sure how they'll fund current and future road work.
Report a correction or typo
Related topics:
politicspalo altorepublicanstransportationtaxeselection 2018vote 2018democratsmidterm elections2018 electionbridgeroad repairjerry brown
Copyright © 2020 KGO-TV. All Rights Reserved.
RELATED 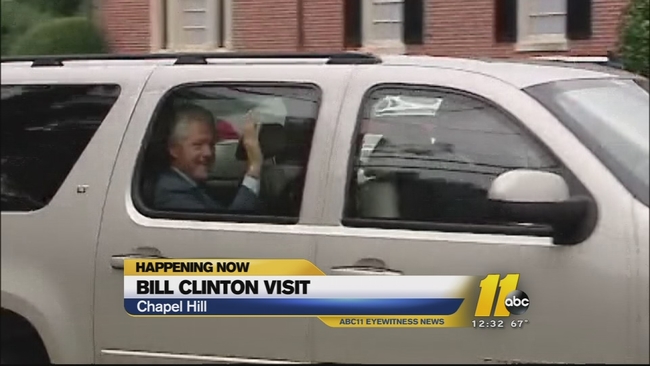