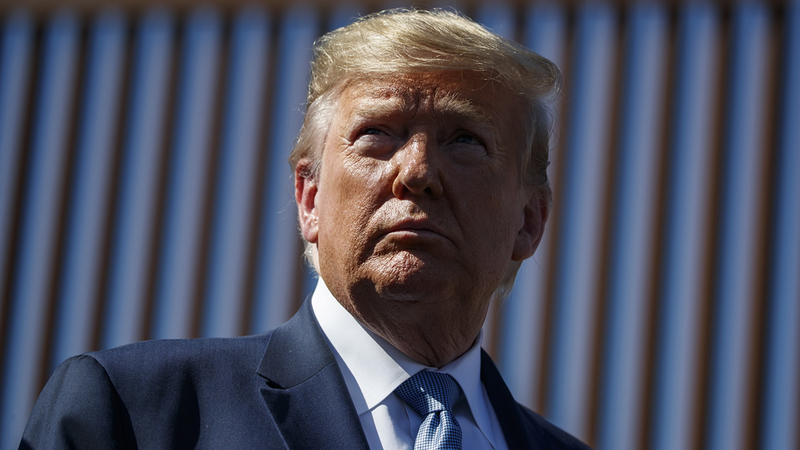 Mayor reacts to Trump's threat of EPA action against SF

SAN FRANCISCO (KGO) -- President Trump has taken aim, again, at San Francisco. The latest in the Trump vs. San Francisco and the Bay Area battle has the president announcing he will ask the EPA to cite San Francisco for polluting our oceans through the city's storm sewers. According to Trump, needles and other things coming from the homeless population end up in the ocean.

When the president got on Air Force One on Wednesday, he seemed to show his disdain for the Bay Area by never turning around to wave farewell.

Then came a harsh criticism of San Francisco.

"And we have tremendous things that we don't have to discuss pouring into the ocean," he told reporters on board Air Force One. "You know there are needles, there are other things."

"Unfortunately, more lies," she said. "It never even makes it to the Bay without being treated."

The president has crossed so-called enemy lines before, first as a candidate in May 2016 naming Oakland among the "most dangerous cities in the world," even though St. Louis, Baltimore, Detroit and New Orleans all had higher homicide rates.

Then in March 2018 he called Oakland Mayor Libby Schaaf a "disgrace" for warning undocumented immigrants about possible ICE arrests.

"To me that's obstruction of justice," the president said back then.

And in January of this year, Mr. Trump lashed out at Speaker Nancy Pelosi tweeting, "...clean up the streets in San Francisco they are disgusting."

City leaders have always acknowledged that the homeless situation has been one of the city's most challenging problems.

Needles and human waste have tarnished the city's image.

We stopped to ask a city worker who collects garbage and yes, needles, if he's seen a change.

I asked him if it had gotten worse or better, more, less?

It appears he may be right.

Numbers from the Health Department show that in 2018 more than 3,825,000 needles were collected.

This year, through April 30, nearly 1,083,000 needles were disposed of. Again those are only partial numbers.

Howard Epstein, co-chairman of the San Francisco Republican Party, says it's a strategy Mr. Trump is using before the 2020 election.