KGO
By by Kate Larsen
SAN FRANCISCO (KGO) -- The San Francisco mayor's race took a surprising turn on Monday during a debate in the Castro.

Mark Leno did not take part in the debate due to health problems. But an unexpected candidate filled his vacancy, in what turned out to be a spirited debate.

Amy Farah Weiss had to fight past security for a spot on the stage after she was not extended an invitation to Monday's debate because she is polling at less than 5 percent.

Drama and disruptions - from woman in sweater - as soon as San Francisco mayoral candidates take the stage pic.twitter.com/tPPTRldA5m

But in true San Francisco fashion, the rules were set aside and moderator Scott Shafer handed Weiss a mic.

San Franciscans filled the Castro Theatre as current President of the Board of Supervisors London Breed sparred with former president of the board, Angela Alioto. "I would just say that I'm the only candidate that's running for mayor that actually served as mayor during a time when sadly we experienced a crisis," Breed said.

"Supervisor Breed, you are not the only person who has been through a crisis," Alioto threw back.

The only Republican on the stage, Richie Greenberg, was met with a lot of opposition from the crowd. "Would you welcome President Trump to San Francisco, would you greet him at the airport?" he said. "I would."

While discussing the homeless problem, he said San Francisco should not be so hospitable to the homeless population. "Throwing money at this issue is not helping," he said.

But Supervisor Jane Kim called out neighboring cities for not doing enough. "When counties like Marin refuse to have a 365 day shelter system, that's a problem," she said.

San Francisco's election is in June.

Woman in sweater is Amy Farah Weiss - a mayoral candidate - who is polling at less than 1% so she was not invited to participate in debate pic.twitter.com/0JqL5LSmeZ 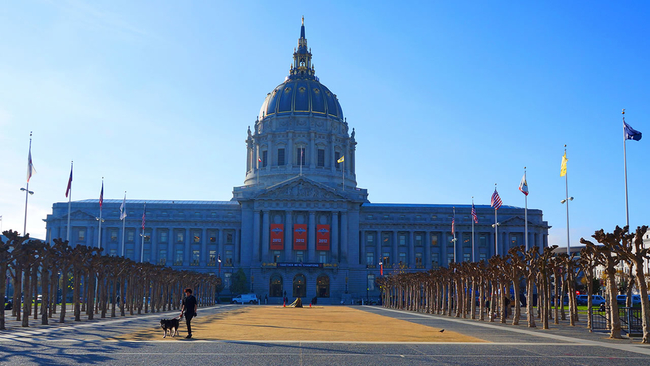