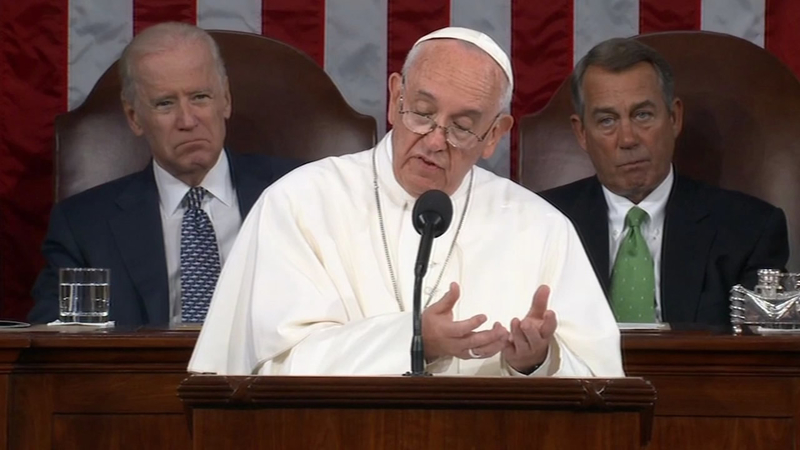 SAN FRANCISCO (KGO) -- Pope Francis made several remarks pertaining to illegal immigrants and called on Congress to open its arms to them.

For many, the pope's visit came at an important time as the nation takes on the discussion of illegal immigration. A newspaper editorial indicated, "presidential politics have left many United States Latinos feeling beaten down," but the pope showered them with love.

Francis said America continues to be a land of dreams. The pope reminded the U.S. Congress that this nation is comprised of immigrants. "We must not be taken aback by their numbers, but rather view them as persons," he said.

His plea comes as Americans debate the issue of illegal immigration fueled in part by Republican presidential candidate Donald Trump. 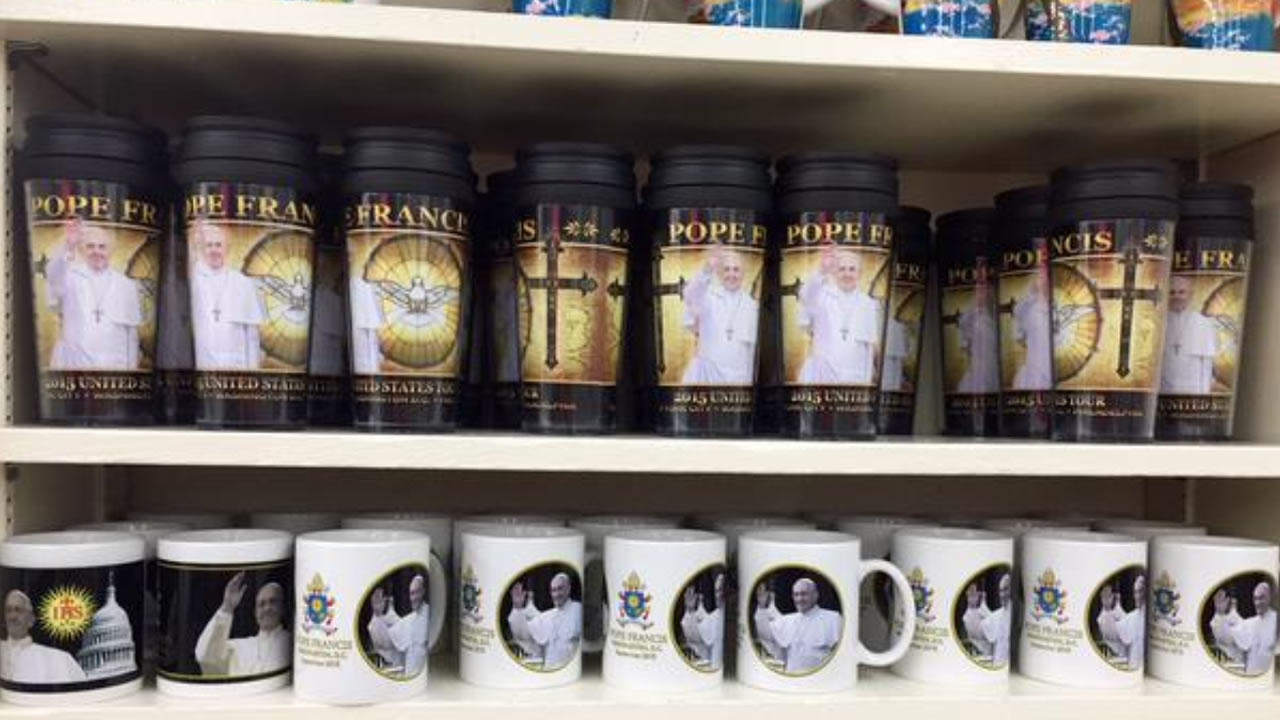 Jim Salinas is an immigration advocate who says it's unlikely the pope's words will sway Trump's opinions. "He's got momentum. Why would he change? I'm sure he's going to look at it as 'hey I have a winning game plan, it's working,"' community activist Jim Salinas said.

But others said his message of compassion and acceptance has resonated with many Catholics and non-Catholics alike.

On Wednesday, when Sophie Cruz crossed over the security line, the pope invited her to come to him. Little did he know the 5-year-old girl was there to deliver a letter calling for immigration reform. While she was born in this country, her parents were not and they remain here illegally. "If we want security, let us give security. If we want life, let us give life. If we want opportunity, let us provide opportunities," Francis said.

San Francisco Supervisor John Avalos is a proponent of immigration reform. He says the pope's message has managed to lift the spirits of many who are here illegally. "With the pope coming forward the way he is doing, it's going to make it a lot more possible for people to come out of the woodwork to be able to advance their own cause," Avalos said.

Many Latino's feel supported by Francis because of that cultural connection between them.