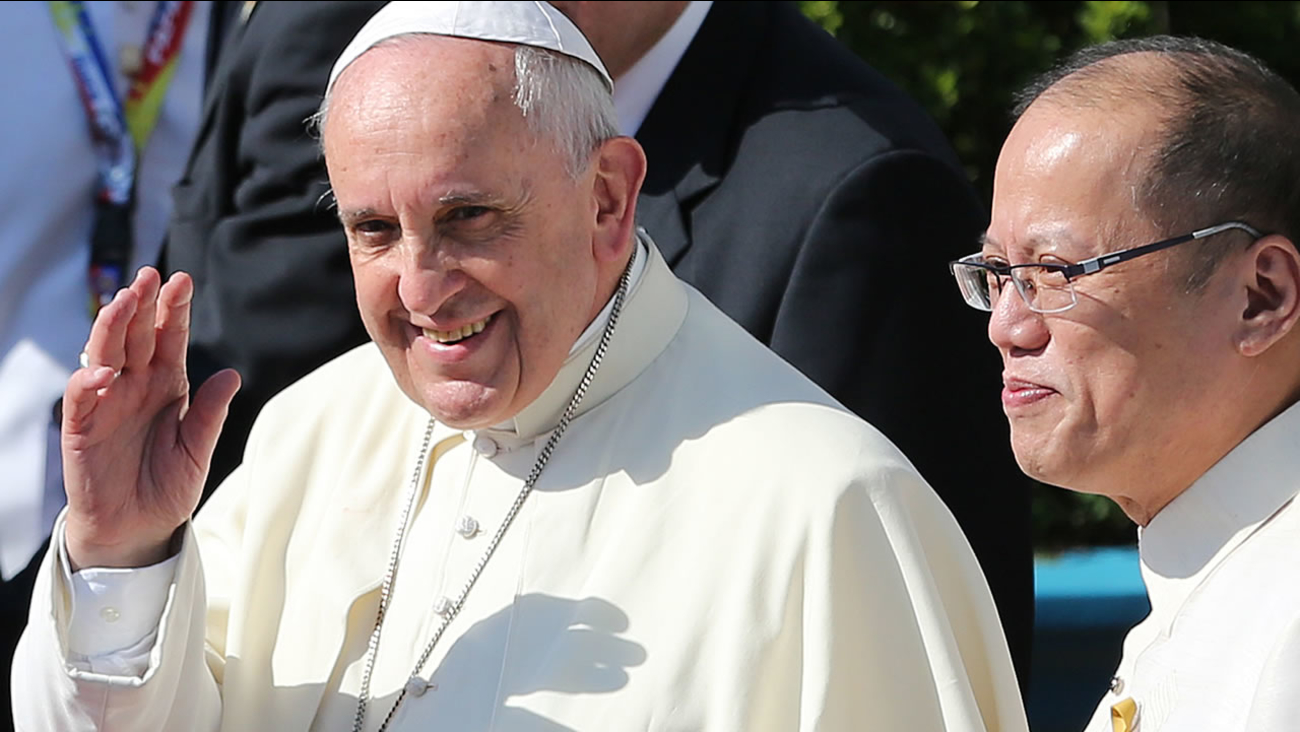 Pope Francis, left, waves to the crowd beside Philippine President Benigno Aquino III before boarding his plane as he departs Manila, Philippines on Monday, Jan. 19, 2015. (AP)

SAN FRANCISCO (KGO) -- Pope Francis won't be coming to California to canonize a missionary who brought Catholicism to the state in the 1700's.

The pope said on Monday that while he'd like to come to California to make Junipero Serra a saint, it would add too many days to his upcoming trip to the U.S. in September.

Instead, he'll likely canonize Serra at the National Shrine in Washington, DC.

Junipero Serra is buried in Carmel.

"He brought the gospel for the first time into this world and that's what's very significant for practicing Christians and Catholics here today," said Galvan.

He is often referred to as "the Apostle of California" or the "Father of the Missions" -- a title which comes with controversy as he converted Indians into Christians.

"Our population was decreased. As a result of the policies of the missions, diseases, death which many people see as being cultural genocide, some say physical genocide," said Vincent Medina, Mission Dolores assistant curator.

But Galvan says Father Serra was living in a time when the Spanish were colonizing what was then Alta, California.

"Junipero Serra was a very, very good person in a very, very bad situation and everything I've read about it says he loved Indians," said Galvan.

The pope said that for years Junipero Serra has been considered a holy man, therefore he would not need the two miracles required for sainthood. The first miracle attributed to Junipero Serra was the cure of nun from lupus.

The Pope will also travel to Philadelphia and New York City.

The Pontiff wrapped up his six day tour of Asia in the Philippines.