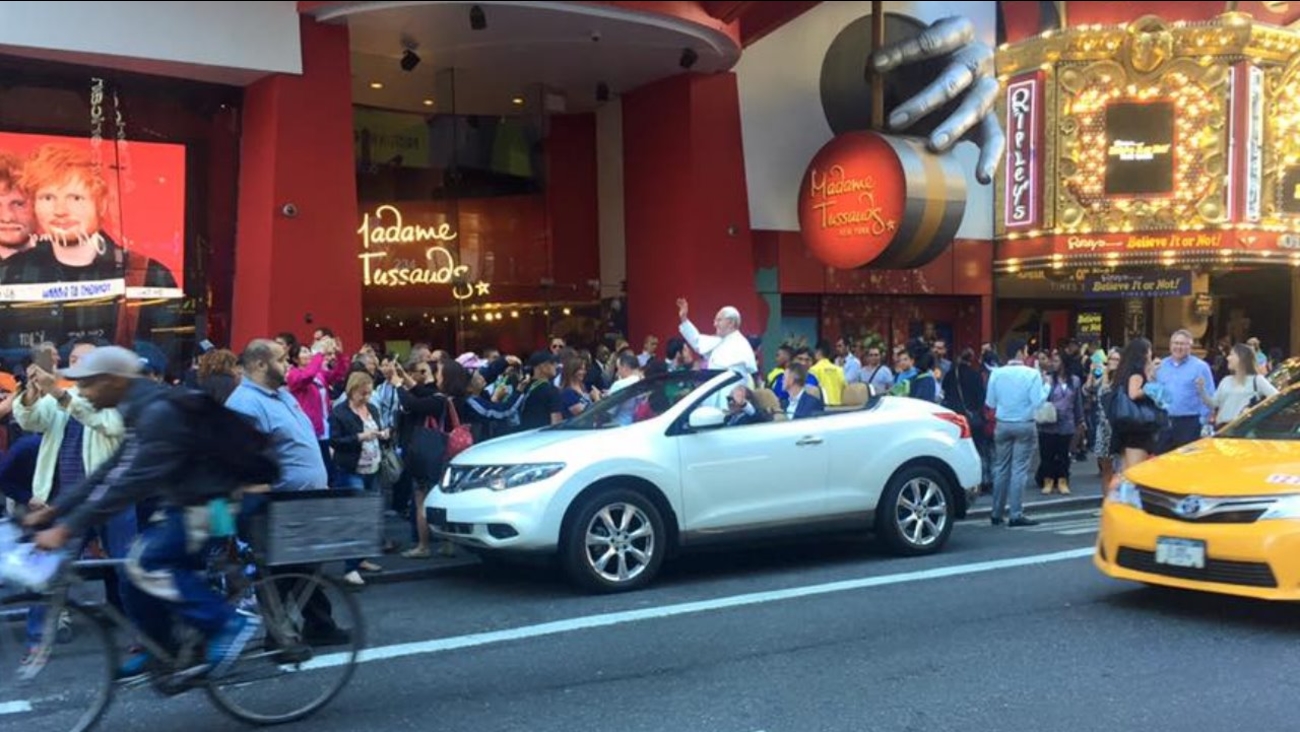 A wax figure of Pope Francis riding around in the back of a convertible in New York City Thursday caused quite the stir. People mistook it for the real pope and called police. (Michelle Charlesworth/WABC)

NEW YORK -- Was it an early arrival for Pope Francis in New York City Thursday that had people turning their heads and police officers investigating? Nope - just a wax replica riding around in a convertible.

The wax figure of the pope was part of a publicity stunt for Madame Tassaud, which added it to its collection in advance of Pope Francis' visit to the United States. The company drove it around Midtown, hours before the pope's expected arrival.

Reporter Michelle Charlesworth even captured video of it:

Someone who saw the figure of the pope riding down Fifth Avenue was concerned, snapped a photo and sent it to the New York City Police Department.

Officers investigated and found that the pope wasn't really in the back of the white convertible, which hardly looked like the popemobile. The actual Pope Francis was addressing Congress at the time the replica was spotted in NYC.

No charges were filed in the incident, but Madame Tassaud personnel apologized to officers for not having a front license plate - a state motor vehicle violation.

One other side effect of the promotion was that it caused traffic to back up wherever it was.

Eric Fluet, head of marketing and sales at Madame Tassaud, issued a statement following the ordeal:
"The NYPD agreed that this was all in good fun as we celebrated Pope Francis' first trip to New York. The figure is a true testament to the artistry of Madame Tussauds and generated a lot of smiles and photo opportunities for several bystanders along the way."