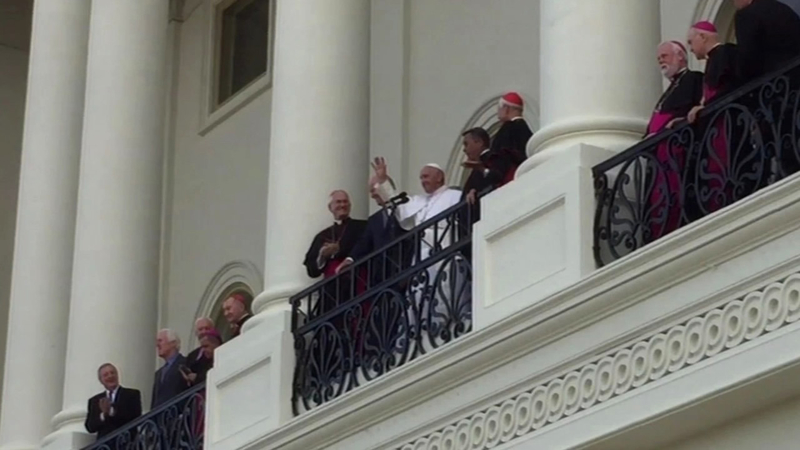 WASHINGTON (KGO) -- Pope Francis received a standing ovation during a joint address before Congress Thursday morning where he spoke about climate change, marriage and family, and immigration. He also asked Americans to embrace what he calls the stranger in our midst.

"We must not be taken aback by their numbers," he said. "But rather view them as persons, seeing their faces and listening to their stories."

The pope is now in New York. His motorcade was mobbed as he arrived at St. Patrick's Cathedral. He will speak at the United Nations Friday.

Pope Francis left a powerful impression in Washington. He was the first pope in history to address a joint session of Congress. But it wasn't just a big day for him, it was also a monumental day for Bay Area residents who traveled to the nation's capital to hear him speak.

Cheers erupted from the crowd as Pope Francis stepped out to greet the thousands of invited guests who watched from the capitol steps. Among them, many people who were lucky enough to score seats below the balcony. Heidi Kuhn of San Rafael took video from her front row seat.

Heidi and her husband Gary were invited guests of House Minority Leader Nancy Pelosi. They founded Roots of Peace, a nonprofit organization dedicated to ridding the world of land mines. ABC7 News Anchor Cheryl Jennings has documented their heroic efforts in Afghanistan. The Kuhns watched the pope's historic address to Congress in awe.

"Oh, I thought it was great," said Gary. "Right at the beginning he got the audience when he said, 'land of the free and home of the brave.' You know, it struck a chord with Americans, obviously."

Heidi actually met with Pope Francis before in 2013. ABC7 News Anchor Cheryl Jennings has a special relationship with Kuhn.

"Yes, she and her daughter talked with Pope Francis in Rome about land mine issues, which is part of the work of Roots of Peace," Jennings said. "You heard the pope today, talking about the importance of environmental issues." 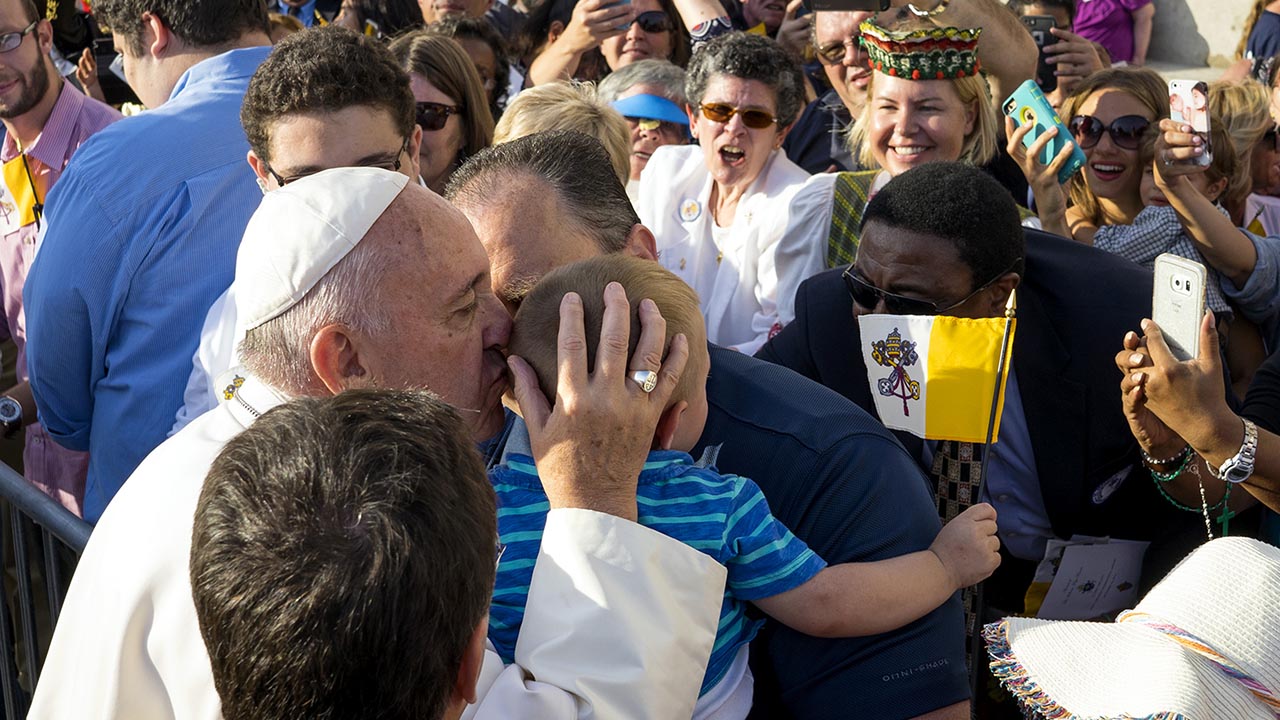 Just down the steps from the Kuhns was Boulder Creek resident Jeff Mohler. He was one of 50,000 people issued tickets to watch the pope speak from capitol grounds.

"Whether you are a person of faith or not, you know he reached out to people to speak for their individual faith in themselves so I think that everyone pulled something away from this," he said.

A chosen few were lucky enough to secure a seat inside the capitol itself.

"Where I was sitting in the gallery, I was right directly across from the holy father," said Father James Matthews with the Diocese of Oakland. "Well, I am just very excited to be at this historical moment."

Father Matthews was a guest of East Bay Congresswoman Barbara Lee. She was overwhelmed by the message sent to Congress by the pontiff -- come together to lead the way for the entire world.

"It was a very important moment, I think, for the entire world to hear," Lee said. "He talked about persistent poverty, climate change, immigration reform, all of the quote troublesome issues that he wants us to take on."

The pope's schedule called for him to have lunch with lawmakers on Capitol Hill. Instead, he dined with a group of 300 homeless people from St. Maria's Meals, a food program run by Catholic Charities.