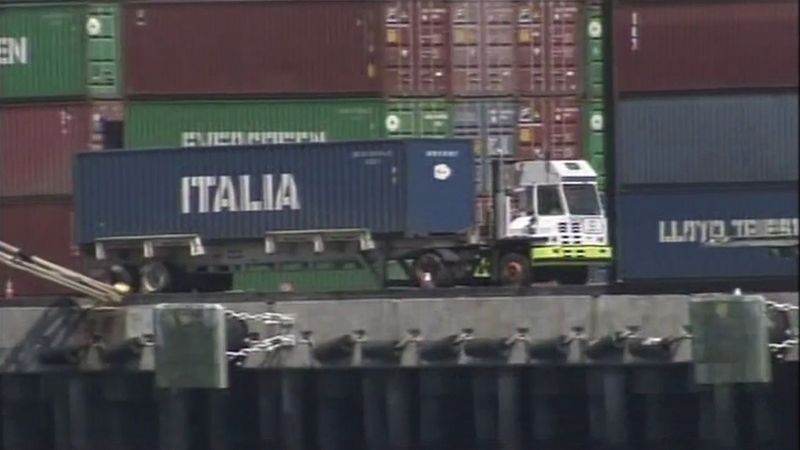 OAKLAND, Calif. (KGO) -- Business owners, large and small, are growing impatient because contract talks between dockworkers and the ports have dragged on since last summer.

From Central Valley farmers to Bay Area food distributors, the losses are adding up and are estimated to be in the millions of dollars.

The slowdown by dockworkers is causing shortages of critical parts. Auxin Solar in San Jose manufactures panels for 10 major companies, but just one part held up in port can stop production. It has an estimated eight containers stuck on the docks or on board ships anchored in the bay, waiting to unload. It's even trying to move containers from the port of Long Beach by rail. Doing that is more than double what it costs to ship from overseas.

"There are a lot of finished goods. We have a lot of orders, but that becomes a lot more difficult when we have additional shipping costs and we have delays to our customers," Auxin Solar Co-Founder Mamun Rashid said.

By delaying ship containers, longshoremen, some of whom make as much as $147,000 a year, may be slowing down efforts by U.S. companies to manufacture in America and may prevent them from creating jobs that pay, by contrast, as little as $10 or $15 an hour.

The port dispute is holding up delivery of a new assembly line at Auxin that will create new jobs.

"There are 20-plus more employees we were going to hire as soon as that equipment arrives. We'll hire them before to train them first, but that's all been delayed," Rashid said.

The same is true for exports. The state's citrus growers are expecting to lose 25 percent of their sales because fruit is sitting on the docks.

And wholesale food distributors worry that they won't be able to fill orders for specialty foods for the Asian market because containers are delayed. Chi Kim Lam says her warehouse shouldn't have empty sections.