Be Kind: California waitress gets $1,000 tip after restaurant was closed for a week 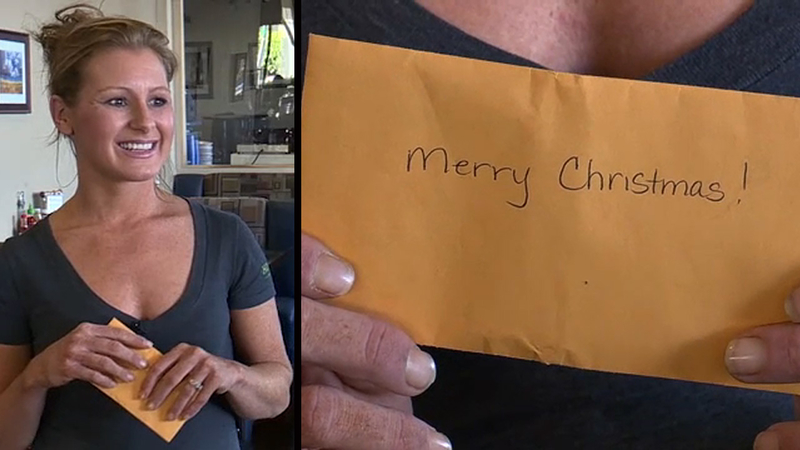 POWAY, California -- After missing out on a week's pay because the restaurant where she worked was shut down, a waitress in California received a $1,000 tip.

The Mainstream Bar and Grille in Poway, which is just outside San Diego, was closed because of a boil water order.

When it re-opened six days later, Sarah Klein was chatting with one of her regulars about how the water outage affected her family.

"You do really want to budget," she said. "You really want to figure out what you want to do for the holiday or how you are going to spend your money. So that was scary."

And the next thing she knew, she was given what the customer called a "donation."

Ten $100 bills, the customer said for whatever she needed.

"Poway is like a family," general manager Brian Harvey said. "And they come together in times of need, and it's definitely one of those times."

So how will Klein spend that extra money?