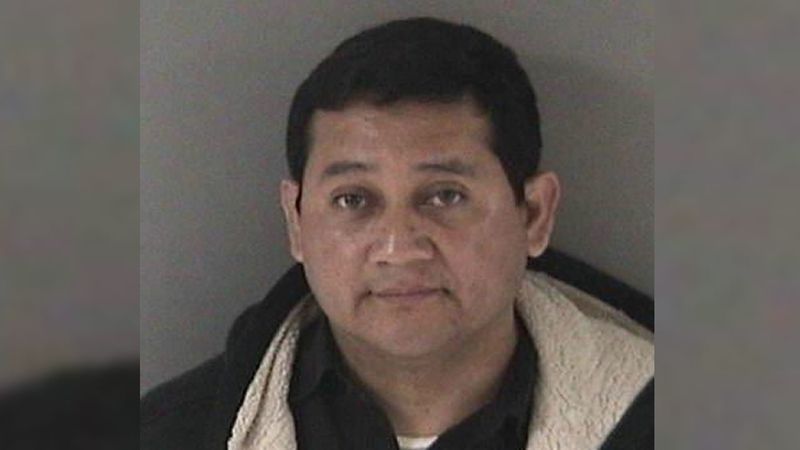 FREMONT, Calif. (KGO) -- It wasn't the news parishioners at St. John's Catholic Church in San Lorenzo wanted to hear. Their former priest, Father David Mendoza-Vela was arrested on 30 counts of Lewd acts with a child on Thursday.

Some couldn't believe it.

Alameda County Sheriff's Department officials say the alleged abuse began in 2016 over an 18 month period at St. John's Church and involved one child.

Parents at St. John's school recently got a letter notifying them about the arrest.

Father Vela was transferred to Corpus Christi Church in Fremont in 2016. Parishioners learned about the arrest at Sunday mass.

"Our feelings are confused, we didn't know anything about it," said parishioner Sandra Espinoza.

Members of the Survivors Network of those Abused By Priests or SNAP, stood outside Corpus Christi Church, handing out flyers with information about the arrest. Joey Piscitelli fears there could be more victims.

"We're urging any kid or anybody who knows a kid molested by this priest to come forward," said S.N.A.P. NorCal Chairman, Joey Piscitelli.

In a letter, the bishop of the Oakland Diocese, Michael Barber told parishioners in part, "I ask you to join with me in prayers for all involved in this situation. But most especially, anyone who has been harmed."

"Good priest, great homilies and after mass, he'd say 'thanks for coming God bless you'... Then this happens," said Dan Pegan.

Abuse survivor Dan Mcnevin says he was molested by another priest at Corpus Christi Church in the 1960s.

"To stand here 40 years after I was abused, talking about abuse again. It's just sad," said Dan Mcnevin.