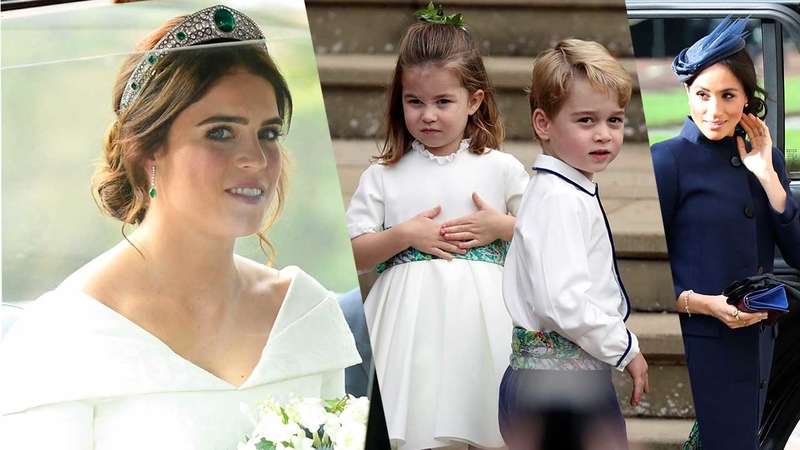 Princess Eugenie of York, one of the grandchildren of Queen Elizabeth, married Jack Brooksbank at Windsor Chapel, the same place where her cousin, Prince Harry, married Meghan Markle in May.

PHOTOS: The wedding of Princess Eugenie and Jack Brooksbank


Eugenie had dated her husband, a tequila executive, for seven years before he proposed in January.

Eugenie wore a dress by British designer Peter Pilotto. She was walked down the aisle by her father, Prince Andrew. Her maid of honor was her older sister, Princess Beatrice, who arrived at the wedding with their mother, Sarah Ferguson.

The ceremony took place in St. George's Chapel on the grounds of Windsor Castle, where this year's first big royal wedding took place.

The queen, who attended the wedding, hosted a champagne luncheon for the newlyweds shortly after the ceremony. The family also released details about the cake, which was chocolate and red velvet.

The couple chose a red velvet and chocolate cake, inspired by the rich colours of autumn - which they will cut at their afternoon reception in Windsor Castle. #RoyalWedding pic.twitter.com/MUPQGpYDEc

Prince George was among the page boys and Princess Charlotte was among the bridesmaids. The wedding was attended by their parents, Prince William and Duchess Kate, as well as several other royals, including Prince Harry and Duchess Meghan. Kate's sister Pippa Middleton, who is pregnant, was also among the guests.

As the second child of Prince Andrew, the bride is ninth in line to the throne.