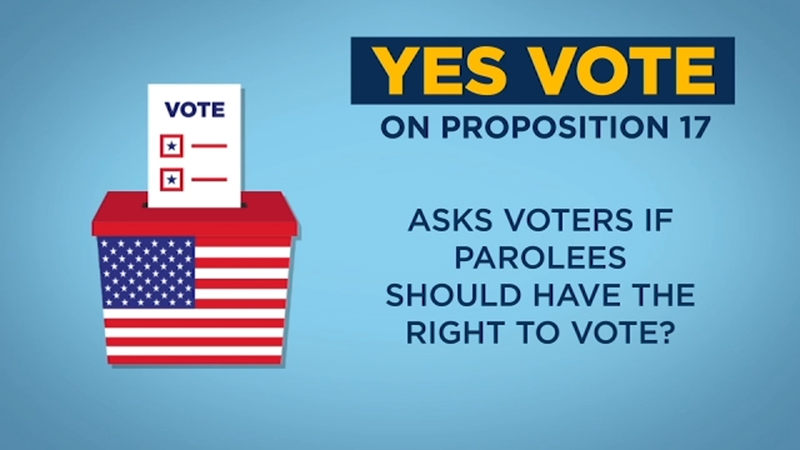 Prop. 17 restores right to vote after completion of prison term

California voters have decisively passed a ballot measure restoring the right to vote for felons on parole, according to the Associated Press.

The proposition amends the state Constitution to allow those on parole for a felony conviction to vote in elections.

Supporters said the parolees have paid their debt to society and should be able to shape the policies that affect their lives. Opponents said restoring rights early to felons is a slap in the face to their victims.

Previous California law prevents people from voting if they're imprisoned or on parole for a felony crime. Prop 17 only amends the latter half of that law -- people actively serving prison sentences still do not have the right to vote in elections in California.

RELATED: Results for all the California propositions here

People on probation already have the right to vote.

The ballot measure is seen as a piece of criminal justice reform, as California is one of only three states that requires those convicted of felonies to complete their parole sentences before restoring their right to vote.

The Associated Press says an estimated 50,000 California parolees will have their right to vote restored under Proposition 17.