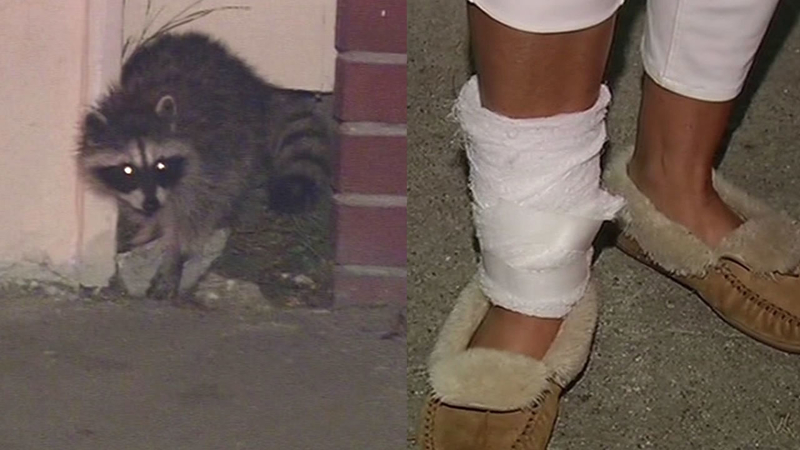 SAN FRANCISCO (KGO) -- Aggressive raccoons are on the attack in San Francisco and an out of town visitor had to undergo rabies treatment because of it. Neighbors say the city isn't doing enough to deal with the raccoon problem.

This is the second raccoon attack in the Richmond neighborhood in two months. Last night, a couple visiting from Ireland took their daughter's dogs for a walk to a Walgreens. On their way back they say a dozen or so raccoons jumped them and their dogs.

2nd serious raccoon attack in 2 months for Richmond Dist. We rolled up and they popped out. On @abc7newsBayArea @11 pic.twitter.com/rsgAxFQcza

Just as Brendan O'Sullivan showed ABC7 News where the attack happened near 41st and Anza Friday night, two raccoons popped out of the exact same spot. They seemed skittish in front of our camera lights, but O'Sullivan says Thursday night was a completely different story.

"In the group there were at least 12 to 15 in the group, but there were four vicious big raccoons that were actually doing the fighting," O'Sullivan said.

His wife, who was very shaken up, showed us where doctors Thursday night had to give her painful rabies treatments. One of the dogs they were with is now having trouble walking and the other gave an even bigger scare.

"We thought he was killed... They were actually dragging him away," O'Sullivan said.

This is not a one-time incident. Just two months ago, one street away, a similar attack on a different couple also led them to the hospital with pre-cautionary rabies treatments. Some neighbors ask if the city is doing enough. 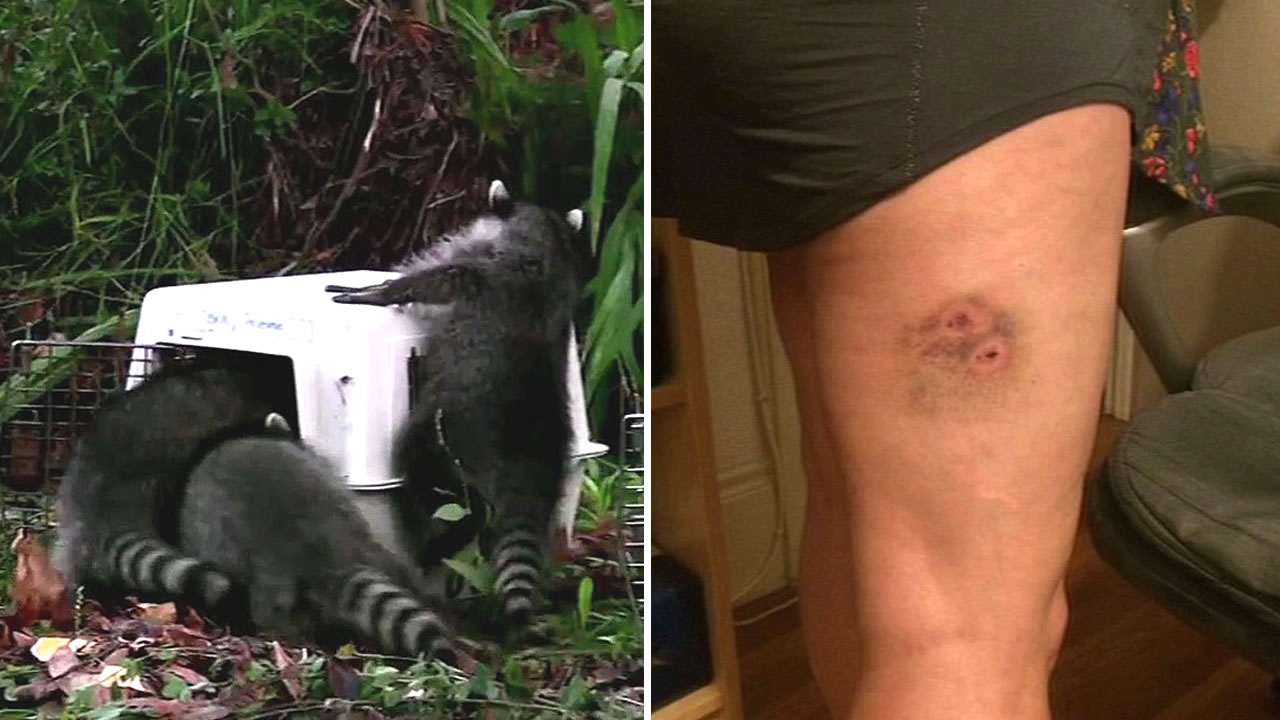 "I got a hold of Animal Care and Control and they promised they would do a training out here and we were looking for site to do a training and I never heard back from them," said neighbor Elizabeth Heidhues.