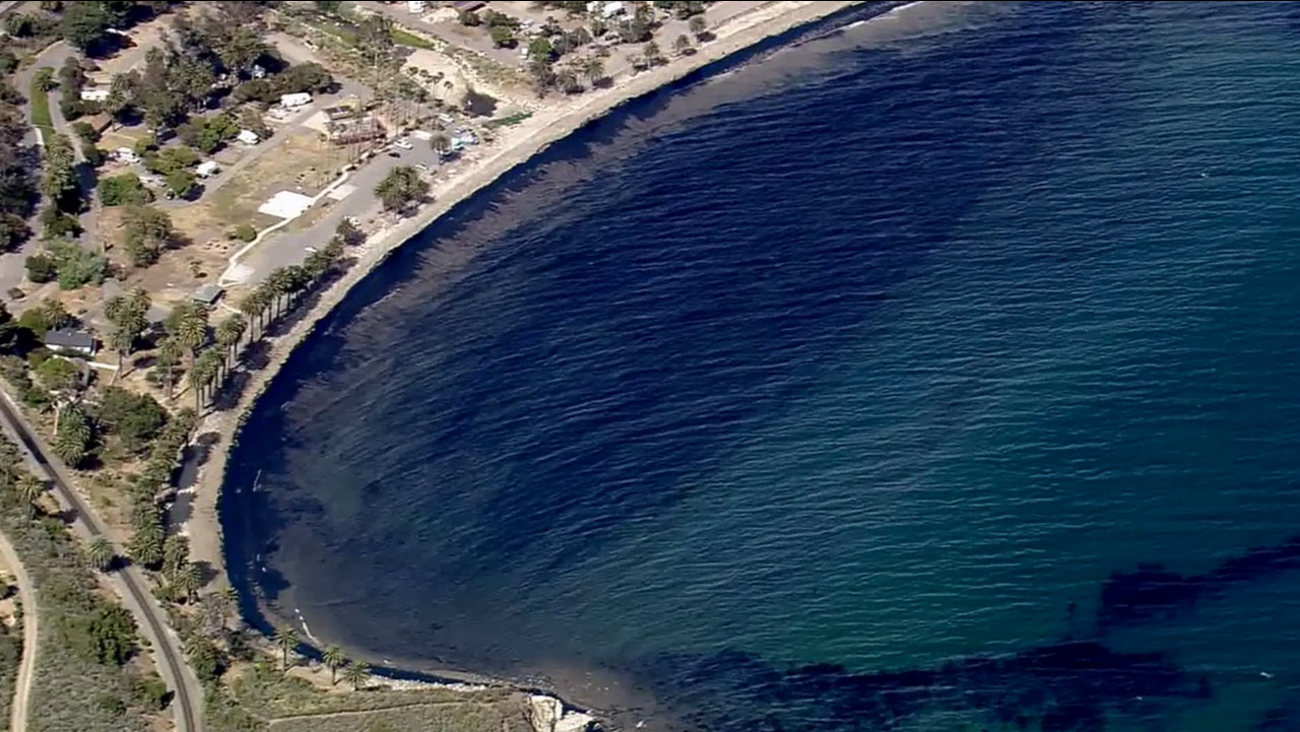 An oil spill was reported at Refugio State Beach, about 20 miles west of Santa Barbara, Tuesday, May 19, 2015.

LOS ANGELES -- A pipeline rupture that spilled an estimated 101,000 gallons of crude oil near Santa Barbara last month occurred along a badly corroded section that had worn away to a fraction of an inch in thickness, federal regulators said Wednesday.

The preliminary findings released by the federal Pipeline and Hazardous Materials Safety Administration point to a possible cause of the May 19 spill that blackened popular beaches with crude oil and created a 9-mile slick in the Pacific Ocean.

The agency said investigators found that corrosion at the break site had degraded the pipe wall thickness to 1/16 of an inch. Additionally, the report noted that the area that failed was close to three repairs that had been made to the pipeline because of corrosion after 2012 inspections.

The findings indicate that over 80 percent of the metal pipe wall had worn away over time because of corrosion, said Richard Kuprewicz, president of Accufacts Inc., which investigates pipeline incidents.

"There is pipe that can survive 80 percent wall loss. When you're over 80 percent, there isn't room for error at that level," Kuprewicz said.

The line where the break occurred is shut down indefinitely.

California's U.S. senators issued a statement last week calling the response insufficient and demanding operator Plains All American Pipeline explain what it did, and when, after firefighters discovered the leak from the company's underground 24-inch pipe.