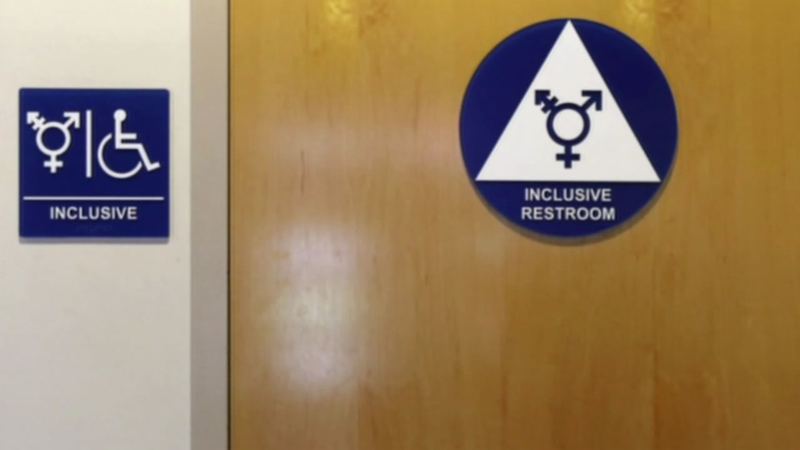 A federal lawsuit was filed on Monday against North Carolina's top state officials, including the governor after a law was passed last week that prohibits transgender individuals from using public bathrooms that match their gender identity.

They say it's about protecting their basic rights that have now been stripped and finding a law that goes as far as prohibiting cities and counties from across the state from passing their own anti-discrimination laws.

Joaquin Carcano, 27, is a lead plaintiff in the federal lawsuit filed against North Carolina state leaders. "We, members of the transgender community, are no different than any of you," he said.

Carcano, who was born a female, now considers himself a man. Under this new law, Carcano and others in the transgender community are not allowed to use public restrooms based on the gender they identify with.

Supporters of the bill say it's about protecting people from having to share bathrooms with those who make them feel unsafe.

Critics say the law clearly discriminates and unfairly singles out a group of people.

"We are asking the court to overturn House Bill 2 because it is unconstitutional," Legal Director of the ACLU North Carolina Chris Brook said.

The ACLU says the new law is not only a violation of the 14th amendment but it also violates Title 9 on the basis of sex discrimination.

Along with the governor and attorney general, University of North Carolina has been named in the lawsuit, which receives Title 9 federal funding.

"Now trans people like me have to be concerned that there may be harassment, consequences or, even worse, for doing something I've done for the last 30 years," a critic said.

In Georgia, there was victory for the LGBT community. The governor vetoed a bill that would have allowed faith-based organizations to deny services and jobs to gays, lesbian, bisexual and transgender people.
Related topics:
politicsgeorgianorth carolinarepublicanslegislationreligionmarriagesame sex marriageu.s. & worldlgbt
Copyright © 2021 KGO-TV. All Rights Reserved.
SAME SEX MARRIAGE